It’s a big week for Pokemon Scarlet and Violet leaks, with the latest tease indicating that Pokemon can power up a chosen type in battle!

Long-term Pokemon fans will be well aware of the franchise’s type match-ups. Right from the get-go, new trainers are instructed that fire beats grass, grass beats water, water beats fire, and so forth.

But battles as we know them might be changing forever in Scarlet and Violet. A new leak teases a mechanic that allows Pokemon to power up certain types mid-battle, thereby giving themselves a boost in the fight.

Like Mega Evolution, Z-Moves, and Gigantamaxing, this new gimmick is most likely just the latest mechanic to soon be abandoned in future games. However, it’s sure to play a major role in Gen 9.

According to new leaks, Pokemon Scarlet & Violet will introduce a power-up mechanic for typings.

Although all of the following should be taken with a pinch of salt for now, a series of new leaks has us interested. From what we can tell, most of this information comes from leaker Kaka who recently deleted their original account.

First of all, it seems that a new ball item will allow trainers to boost the power of any Pokemon in combat by enhancing a specific type. This change lasts until the Pokemon with withdrawn or defeated.

Although it seems that multiple types could be available to Pokemon, some creatures will have type-specific transformations available to them.

Images appear to indicate that Pokemon will have a crystalline effect while transforming, indicating their new type boost.

It seems that there are a lot of mistranslations out there regarding the mechanic right now. To be clear, reliable leakers like Centro appear to understand that a Pokemon does not change its actual type when using the new gimmick.

Instead, moves of the chosen type will simply get a boost thanks to STAB (same-type attack bonus). This is sure to lead to some interesting combinations in battle, as trainers learn how to boost their Pokemon for the ultimate advantage.

We’ll have to wait until Pokemon Scarlet & Violet’s release date to find out the specifics for ourselves. However, we anticipate a new trailer for Generation 9 will be dropping very soon.

Want to see a list of all the Gen 9 Pokemon officially revealed for Scarlet & Violet? We’ve got you covered! 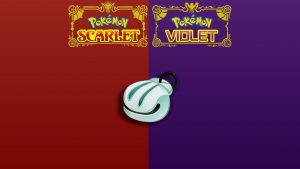 Where to Get Shell Bell in Pokemon Scarlet & Violet 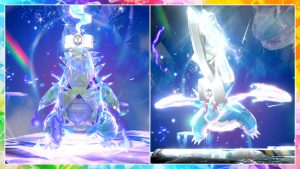 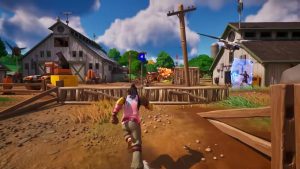