Pokemon Scarlet & Violet are only months away and a new leak appears to reveal time travel and a lot of what’s to come in Gen 9.

If you’re eager to begin your next Pokemon adventure, chances are you’re waiting for Nintendo to drop its next big reveal for Generation 9. However, it seems that Game Freak is being a little too secretive about the upcoming releases for some fans’ liking.

Last month, we finally got the reveal of Scarlet & Violet’s legendary Pokemon and box art.

And, much to our surprise, the new trailer also revealed that the new Pokemon games will feature 4 player online co-op! But while we wait for more official information, it seems that leakers are having a field day with the upcoming titles.

Reportedly, today’s new info comes from leaker Kaka whose account is currently private. However, it’s being reposted from a variety of sources.

Most notable is the claim that Pokemon can time travel or ‘time warp’ in Scarlet & Violet. Although we doubt this is an exact translation of the new mechanic, it’s certainly likely that the game will feature a ‘gimmick’ like most prior mainline titles.

Reportedly, trainers won’t be time-traveling in-game, but Pokemon will. If this is true, it’s likely an in-game transformation similar to Gigantimax or Mega Evolution, changing the form of your party member temporarily.

We already know that Scarlet & Violet has a tradition vs innovation / old vs new theme, so perhaps future/past variants of select Pokemon will start appearing soon!

How Many Pokemon Are in Pokemon Scarlet & Violet?

According to the same leaks, there are reportedly 300-500 Pokemon to catch in the Regional Dex this time around.

However, with Kaka also reporting that DLC is in the pipeline, we can expect that Scarlet & Violet could have more familiar faces on the way before long.

Here are all the new Pokemon confirmed for Scarlet & Violet so far! But leakers are reporting that all prior starter Pokemon will not feature in Gen 9 – at least before DLC.

What’s more, Kaka reveals that there is no new Eevee evolution once again, much to our disappointment. Don’t forget to take all the information above with a hefty pinch of salt.

However, some reports suggest that the info source could stem from a new trailer set to drop this week. Perhaps we’ll see more information about time-travelling Pokemon very soon! 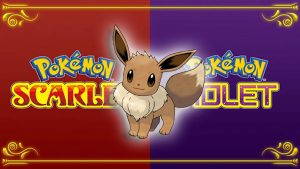 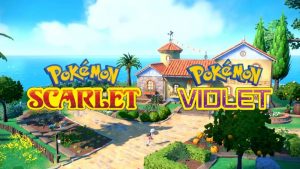 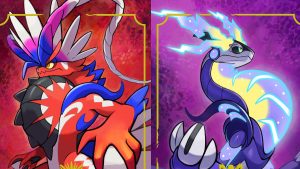