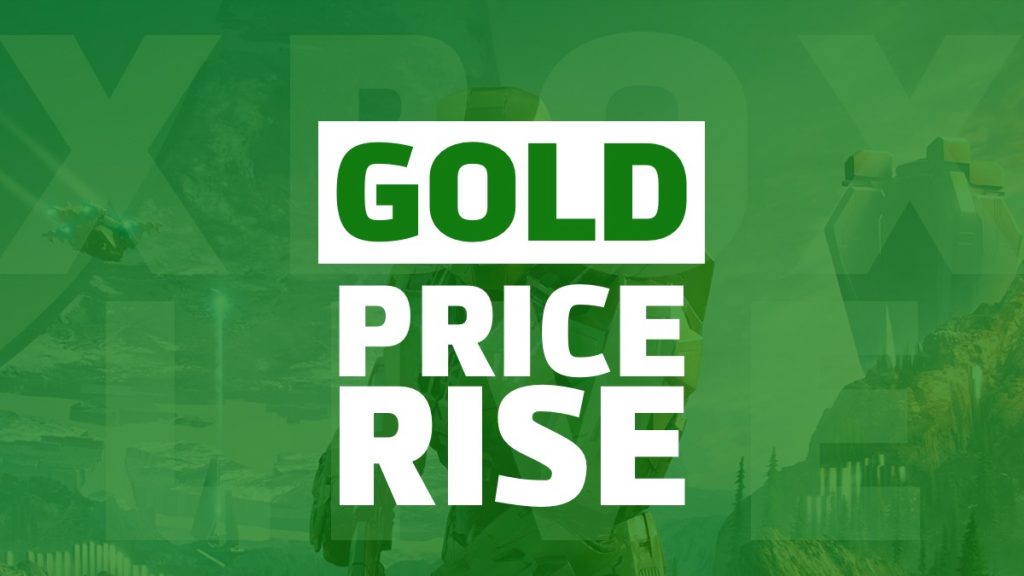 In a bid to increase their Game Pass Ultimate subscribers, Microsoft is hiking the price of Xbox Live Gold memberships.

Boasting games like Gears 5, The Elder Scrolls: Skyrim, and Doom: Eternal, the Game Pass has been regarded as the best way to get the most out of your Xbox system. Plus, with a huge game from 2020 rumored to join soon, it's only going to get better.

Sadly, it doesn't seem as though it's doing well enough for Microsoft. They intend to severely increase the price of Xbox Live Gold memberships. This seems like a move to push players to join their Game Pass Ultimate service.

It's an unfair move, given that Xbox Live Gold is the only way that users can play their games online. Plus, in some cases, it's the only way users can use streaming apps.

Gold also offers extra benefits to members, like exclusive game sales and monthly free games in the form of Games With Gold. But these perks aren't why people sign up. And it's for this reason that users are extremely unhappy with Microsoft.

Microsoft has made this announcement in an email to current Xbox Live Gold subscribers. They have announced that the service will escalate in price to $10.99 for one month, $29.99 for three months, and $59.99 for six months.

This isn't all that far from Xbox Game Pass Ultimate's current pricing structure at $14.99 per month and indicates that the Game Pass is what has inspired this change.

This incredibly steep hike has practically doubled the price of a year's Xbox Live membership.

Microsoft has taken the deal including a year's subscription for only $60 off of digital shelves. This has forced a year's membership up to $120.

Microsoft have declared the change with this announcement;

Periodically, we assess the value and pricing of our services to reflect changes in regional marketplaces and to continue to invest in the Xbox community. [...] We'll be making price adjustments for Xbox Live Gold in select markets. In many markets, the price of Xbox Live Gold has not changed for years and in some markets, it hasn't changed for over 10 years.

Microsoft in their email to Xbox Live Gold customers

This reveal has left fans feeling betrayed. To sell cheaper consoles (with the Xbox Series S being the cheapest next-gen console on the market) only to force them into expensive subscriptions is a rather covert practice.

Microsoft have assured current subscribers that if they choose to renew their subscrtiption soon, the price remains the same. They have promised that this price hike will not take place in the next 45 days.

In an attempt to regain customer trust, Microsoft has announced a very strong lineup of games for Games With Gold.

Games With Gold is a pretty clever way of keeping fans involved with an Xbox Live Gold membership. Every month, a new collection of games is offered to Gold members completely free of charge.

In an attempt to win back customers, Xbox has unveiled what may be their strongest GWG lineup yet.

Gears 5, Resident Evil, Dandara: Trials of Fear Edition, Indiana Jones and the Emperor's Tomb and Lost Planet 2 will all be joining the subscription service this February.

It's good timing for the arrival of an Indiana Jones game to Games with Gold, after the announcement of a new one produced by Bethesda.

Both Gears 5 and Resident Evil already appear on Xbox Game Pass, however. This is more proof that this move has been inspired by a desire for more players to join the subscription.

They're fantastic games, but for many, it simply won't be enough to justify this gigantic price hike. For players everywhere, this meager apology simply won't cut it.

With rumors of a huge new upscale and the latest announcement bringing much-requested games, it's a shame to see Microsoft resort to these tactics.

Such a move is likely to disappoint a lot of users. Xbox Series X sales are still booming, and the Series S is becoming more widely available. But maybe this announcement could severely impact these sales.

An Elder Scrolls 6 Announcement Could Be Coming Soon