A new Xbox Games Pass Tease may have hinted at what games are coming to the popular online service. New leaks have surfaced which gives us a clue as to what Microsoft has in store.

Xbox Games Pass is an exciting online service that allows users to play all sorts of high-quality games. Now, however, even more games may have been revealed for players to get excited about.

Here is everything we know regarding the rumored games coming to Xbox Games Pass in the future. However, bear in mind that Microsoft has not yet officially confirmed these reports.

Earlier this week, Games Pass users were treated to a whole collection of Bethesda titles. Now, however, it appears there are even more surprises in store for users.

The Xbox Games Pass tease comes from Twitter, from the official Xbox Games Pass Twitter account. It appears that Microsoft may be trying to intentionally "leak" new games coming to the service.

Furthermore, Xbox users already have the March showcase to look forward to. If you are curious as to what games might be making an appearance at the Xbox March showcase, take a look right here.

The new Xbox Games Pass tease gives us a few clues as to the games which may be coming to the service. Interestingly, the tease is quite vague and so gamers have been trying to figure out what games are being hinted at.

In the tease, which you can see down below, there is an intentionally leaked email describing two new games coming in the future. Although details are scarce, eager players have been trying to figure out what these titles are.

Many players are excited for Elden Ring, with many anxiously awaiting news about it. If you haven't seen it already, a new Elden Ring footage leak shows off an incredible open-world.

Whilst we are waiting for news of Elden Ring, players will have to satiate themselves with the latest Xbox Games Pass tease. Take a look at the tease down below:

In the Tweet, you might notice that there are no specific titles mentioned for Xbox Games Pass. However, by taking a closer look at the email for clues, many have been able to take an educated guess at what is coming.

Interestingly, in the email, we can see a mention of a "new game" being officially confirmed to be coming to the service. It is believed that this is referring to Outriders, a co-operative role-playing third-person game.

Outriders is set to release next month on April 1. As a result, it easily fits the description as a new game. Could this be what Microsoft has planned for Xbox Games Pass users?

However, there are more clues given in the email. Interestingly enough there is a reference to a "mysterious signal" and an "anomaly". Users believe that this could be referring to another game series entirely.

The game series in question could be none other than the Stalker trilogy. There are many that believe the Xbox Games Pass tease is in reference to elements from the Stalker series.

There are sure to be many more surprises in store for Xbox Games Pass owners. The service is only growing in popularity and in order to keep players interested, they will have to continue to deliver.

Interestingly, an insider has suggested that Ubisoft + could be coming to Games Pass in 2021. This signals more exciting additions and a greater variety of games for Games Pass holders.

There is also a rumor floating around that Microsoft may be working on a portable Xbox console. Perhaps, players, may one day be able to take games with them on the go, similar to the Nintendo Switch.

Finally, in more positive news, it appears that scalpers are lowering their Xbox Series X/S and PlayStation 5 prices. If you are after a new next-gen console, it might be a good time to take a look. 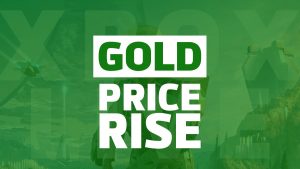