FIFA 23 Ultimate Team’s TOTW 3 has a pretty big player missing from it – Phil Foden. But why didn’t Foden make the cut for Team of the Week 3, despite his hat trick?

Every week, EA Sports announces its Team of the Week – a squad of players with boosted cards because of outstanding performances in real life. The competition is always fierce but scoring 3 goals almost guarantees you an in-form card.

Despite his hat trick, England and Manchester City attacking midfielder Phil Foden was the most notable missing player from the latest Team of the Week.

Even if it seems like he was unfairly left out, there are actually two good reasons for his absence.

Did Phil Foden Deserve to Be in FIFA 23 TOTW 3?

There’s no question that Phil Foden deserved to be in Team of the Week 3. He scored 3 goals in the Manchester Derby on October 2, 2022.

It’s an extremely rare occurrence that players don’t make it into the FIFA Team of the Week after bagging a hat trick, especially in such a big game. Despite this, there are actually a couple of good reasons why Foden didn’t make the cut.

Why Isn’t Foden in Team of The Week 3?

There are a couple of reasons why Phil Foden isn’t in FUT 23 TOTW 3:

Unless it is an international break, EA Sports never usually puts more than one player from a team in the Team of the Week. As Erling Haaland got 3 goals and 2 assists, he got the in-form instead of Foden.

Another factor that could have led to Foden missing out on Team of the Week is another upcoming promo – Road to the Knockouts.

Leaks suggest that Phil Foden is getting an RTTK card this year. Therefore, it wouldn’t make sense to have his in-form in packs so briefly as the Road to the Knockouts promo release date is fast approaching!

One reason why it’s a shame Foden didn’t make it into TOTW 3 is because of this new OP through ball technique. Only a player as skillful as him can pull it off accurately!

Also, if you need another English left winger to put in your team then Rashford might be the player. Here’s how to complete the POTM Rashford SBC. 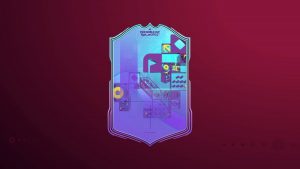 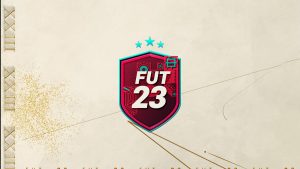