Sarah Miller, daughter of Joel Miller, is played by actress Nico Parker who made her acting debut in Disney’s live-action screenplay of Dumbo in 2019. Similarly to the video game, the TV show opens up with a scene of Sarah.

Even with these subtle changes, the reviews for The Last of Us are in and they look pretty positive!

And if you are in the US, there may be a way for you to watch his TV series for free!

Who Is Nico Parker?

Nico Parker is an 18-year-old actress born in London, England on December 9, 2004 to actress Thandiwe Newton and filmmaker Ol Parker.

Where she then went on to appear in 3 episodes of “The Third Day”. This was a psychological thriller created for HBO and Sky Atlantic.

Nico returned to the big screen alongside her mother in a film named “Reminiscence” also starring Hugh Jackman. Her portrayal of Sarah Miller is her latest work.

Who Is Sarah in The Last of Us & How Old Is She?

Sarah is the daughter of Joel Miller, the main male protagonist of The Last of Us.

The identity of the girl’s mother is both unknown in the game as well as the show. Sarah is an athletic 12-year-old with first-place ribbons hanging on the walls of her room in the opening scene.

In the video game, the reveal of Sarah’s athleticism comes through a mention of her playing soccer for a team named “Defenders”.

What Happens to Joel’s Daughter in The Last of Us?

In both The Last of Us game and TV show, a soldier shoots and kills Sarah. As Joel and Sarah greet the army man, they beg to receive safe passage.

However, the soldier’s higher-ups tell him to kill any survivors. He ends up following these commands and proceeds to fire at both Joel and Sarah before Tommy shoots and kills him.

Unfortunately, Sarah ends up being shot multiple times before passing away in her father’s arms. Despite being only briefly introduced to Sarah, she becomes an important character as she shapes how Joel interacts with one of the show’s main characters, Ellie, a girl similar in age to her.

Make sure you don’t miss a single episode of The Last of Us by checking out the dates for each episode. You will also need to know when the show goes live in your time zone! 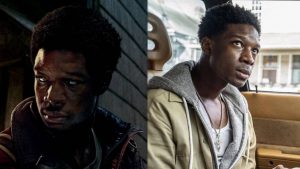 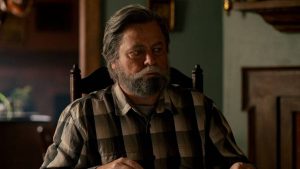 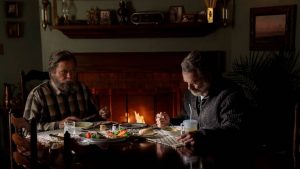 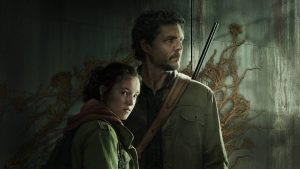