After a one-year absence, the Snowball Launcher, a fan-favorite weapon, has returned to Fortnite’s Battle Royale mode.

To celebrate the winter season in the northern hemisphere, the Snowball Launcher is in Fortnite Chapter 4 Season 1 to add even more chilly fun.

How To Get the Snowball Launcher

You can find the Snowball Launcher randomly across the map as loot on the ground, in or near buildings, and in chests as Uncommon, Rare, or Legendary loot. The higher the rarity, the more powerful the gun.

You can also go after players who already have one to take them out and steal their Snowball launcher. However, the weapon is unavailable in the “Competitive Fortnite” game modes.

What Is the Snowball Launcher?

The Snowball launcher is an area-of-effect explosive weapon in Fortnite that shoots out snowballs that explode on impact. This launcher features six rounds of ammunition per magazine

It has both been a holiday reskin of the Grenade launcher and a separate weapon with its own stats in its different appearances over the years.

It has most often returned to the game in winter months or as a part of the annual Winterfest challenges.

What Are the Snowball Launcher’s Stats & Ammunition Type?

The Snowball uses the Rocket type ammunition, dealing between 48 to 55 damage per snowball with splash damage affecting a small radius around the explosion

However, all versions have very small magazines meaning you only have a few shots to take out an opponent.

If you want more Winterfest 2022 fun, consider stopping by the Cozy Lodge. However you spend your holidays in Fortnite, make sure to get the best weapons in Chapter 4, Season 1’s Battle Royale mode. 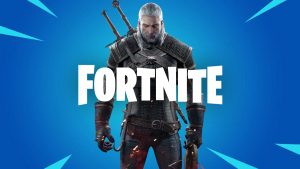 How to Unlock Geralt of Rivia in Fortnite (The Witcher)…
Recommended