Where To Find The Best Iconic Katana Early In Cyberpunk 2077

Finding the Iconic Katana Sword in Cyberpunk 2077 isn't as easy as you may think. But we've created a step-by-step guide to show you how and where to find it.

The wait is over for Cyberpunk 2077, and as we unpack CD PROJEKT RED's latest masterpiece, there are some amazing items and weapons you might have missed but don't worry, we've got you covered.

Whether you've missed Cyberpunk 2077's GLaDOS Easter egg or how to free Brick in "The Pickup," we have the guides for you:

During an early mission, you will learn a lot about the heir to the Arasaka throne. However, it is crucial for you to pay attention to Yorinobu's luxurious suite layout.

Once that's completed, V is sent on the main quest known as "The Heist."

How To Get The Iconic Katana in Cyberpunk 2077

You can find the Iconic Katana in Act 1's "The Heist" mission.

On this main quest, you will break into Konpeki Plaza under false identification. You will then make your way to the top suite.

Once in the suite, you will be tasked to retrieve a temperature-sensitive biochip known as the "Relic."

Everything will go as plan until Yorinobu is spotted going to his hotel room for an impromptu meeting with this father, Saburo Arasaka.

V then proceeds to hide in a confined space, forced to watch the meeting. Meanwhile, the conversation between father and son heats up.

The meeting concludes with Yorinobu murdering his father in cold blood, and putting the entirety of Konpeki Plaza on lockdown.

V then leaves the crawl space, asking T-bug (your net runner) for a way out. She will then proceed to point the player to a door and give you your exit.

Where To Find The "Satori" Iconic Katana

This is your go time; during this very heated scene, most people will follow the game's instructions and try to leave this heavily guarded fortress.

Instead, head to the staircase that leads the second floor and go through to this door right here:

From here, you will have access to the roof, where you will find the late Saburo Arasaka's Rayfield Excalibur. Two bodyguards will guard this fancy limo.

The choice is yours to either sneak past them or take them out. Then approach the Rayfield Excalibur, and it will open.

Jump on the step-up tool (it might take you a few tries), reach in, and grab the iconic Katana "Satori". This is the personal weapon of the recently deceased Saburo Arasaka.

Once in your inventory, continue the mission, and it will be yours on the other side.

Why Is Cyberpunk 2077's Satori Katana Worth the Effort?

As it stands, this iconic Katana has a 280+ Damage per second rating, making it the best Katana you can use this early into the game.

However, the importance of an Iconic weapon is the unique stats that cannot be found on any other weapon.

The "Satori" blade does 75 damage per hit, but that's not all. It's also capable of attacking 3.8 times a second, making it a swift weapon to have on your side

In layman's terms, this Japanese piece of art, will allow you to rapidly strike your opponent, faster than most other weapons can manage.

Invest in your Blades Perks to add a bleeding chance, and you'll be racking up the damage on enemies in no time.

Yet these stats are nowhere near as impressive as the massive 500% critical damage that the "Satori" Katana deals.

Although the Satori's base damage is lower than many standard Katanas, it has a much higher crit chance. And when it does, it'll deal 5 times the standard critical damage.

The "Satori" also has one weapon mod slot available, allowing you to do anything from boosting the damage or giving the blade random effects to a quicker attack speed.

This Katana is a must for anyone playing this game, whether you choose a melee build or not.

Whenever you choose to craft this weapon later down the road, the damage and rarity will scale with your character's level. This ensures that you will never outgrow this blade.

In our experience, by the time we picked this weapon up, we could already build an Epic version of the "Satori," boasting major increases across the board compared to the Rare one found during the mission.

The Epic version has a massive 329 damage per second rating compared to the Rare's 286 DPS rating. Do remember that both of these could be upgraded later on.

How many times you can upgrade will depend on your level and how many perks point you have invested in Engineering and Crafting perk trees.

Of course, the Iconic Katana will work best when incorporated into Cyberpunk 2077's best Melee build. Be sure to upgrade V accordingly, for best results.

Although many on older consoles are getting Cyberpunk 2077 refunds, PlayStation support is being rather difficult with those who try. After a controversial launch, Cyberpunk 2077 has major last-gen issues that are yet to be resolved.

No matter how you're playing, we've got the best Cyberpunk 2077 settings to help you enjoy the game. But is it worth waiting for the free Cyberpunk next-gen upgrade instead?

How To Make The Best Melee Build In Cyberpunk 2077
1

Where to Find Portal's GLaDOS Easter Egg in Cyberpunk 2077
3 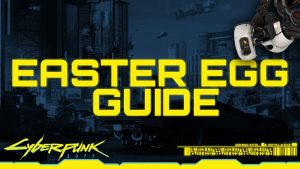 Cyberpunk 2077: Easter Eggs We Know About So Far
4

Cyberpunk 2077 Save Files Are Corrupting When They Get Too Big…

PlayStation and Xbox Are Both Offering Cyberpunk 2077 Refunds…