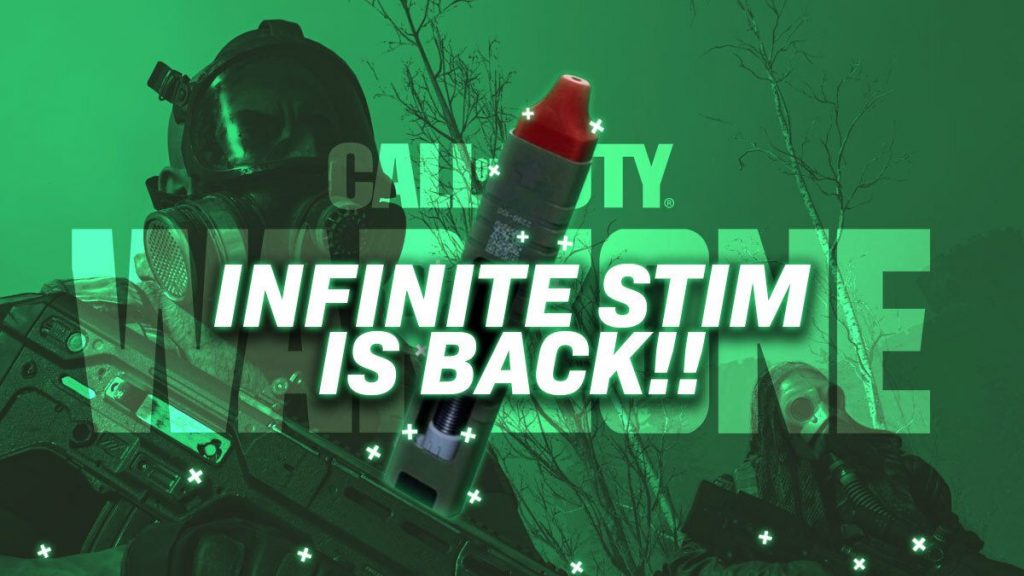 Warzone players are sure to remember the battle royale's game-breaking infinite Stim exploit, causing havoc a couple of months ago. Now, the title is well and truly ruined once again, as the glitch resurfaces in-game.

For those that didn't witness it, the infinite Stim exploit allowed Warzone players to keep using their tactical equipment forever. With a Stim equipped, this meant that the user's health could replenish faster than they would die to the gas.

Of course, this then led to exploit abusers hiding inside the gas until all other players died. It was an easy, although dull, way to claim victory, and its popularity broke Warzone for a while.

Now, it seems there's a new way to perform the infinite Stim exploit in Warzone, and the game is once again terrible to experience.

According to Warzone streamer MarleyThirteen on Twitter, the infinite Stim exploit is back. After dying in-game, the streamer witnessed one player camping out with an unlimited amount of tactical equipment.

Hilariously, it seems that the exploit user wasn't able to easily get a win, however, as a second player was spamming the Stim elsewhere in the Warzone map. According to the streamer, the two sore-losers found each other after 30 minutes in-game.

That's a long time to not be having any fun, but those who would cheat don't often care about that. For these players, it's all about winning.

How to Perform the New Infinite Stim Exploit in Warzone

Seeing as this video is already making the rounds online, we feel okay posting it in the hopes that the developers finally fix the issue for good. Surely a possible solution would be to increase the amount of damage done by the gas the longer a player stays inside it.

In the following video, a Warzone exploiter shows how the glitch is performed. Like last time, it's all about picking up a thrown grenade, but there's a difference this time around.

After you throw a grenade in pre-game, you need to re-grab the explosive and hold it just as the plane takes off. Then, when you spawn into Warzone, your tactical equipment will never get used up.

Now you're free to camp out in the gas all you'd like. Hopefully, any player who chooses to play like this will encounter another user trying the exact same strategy.

It's nice to think that some malicious players will spend a long time trying to outlast other users like themselves. Perhaps they'll finally realize why everyone dislikes a cheater.

The last infinite Stim exploit was acknowledged by Infinity Ward quickly, but a patch took well over 24 hours to finally arrive. Players can likely expect a similar response time this time around too.

Right now, the Warzone developers are likely hard at work with the implementation of new Cold War content. With Black Ops Cold War Season 1 set to bring a new 'Classified' update to the battle royale, there's not long left to wait.

Of course, Cold War also has Stims in-game, so we may simply encounter the infinite Stim exploit yet again. While we wait for the new exploit to get a fix, Call of Duty players will be flooding back into Cold War multiplayer.

While you're there, why not make sure you're using the best Cold War Scorestreaks to dominate your competition?