The Warzone Zombies return at last, as Season 4 Reloaded brings the undead to the battle royale in a new Finishing Move.

Back in Season 2, Warzone players might remember that we had a lot of undead guests running around Verdansk. The undead invasion was unpopular in Warzone, but it certainly brought some variety to the battle royale.

Of course, all zombies were destroyed in the Destruction of Verdansk Part 1 when the nuke fell. And after a thrilling limited-time event, we have to admit that we’re happy the undead are gone.

However, it looks like a few zombies will be returning to Warzone in Season 4 Reloaded. And they’re coming in the form of a new Finishing Move for Grigori Weaver.

In case you missed it, we’ve got everything new in Warzone & Black Ops Cold War Season 4 Reloaded here.

Although Weaver was a major part of the original Black Ops storyline, he’s since taken on a new role. Now, the special officer is one of the commanders of Requiem, responsible for containing dimensional outbreaks across the globe.

We’ve seen Weaver turn up in Black Ops Cold War Zombies already, and he may well reappear in the upcoming Mauer Der Toten map. But players will soon be able to buy the seasoned Operator for themselves in a new store Bundle.

We imagine Weaver will be a popular store purchase, judging by this new Zombie Finishing Move. It seems that his time spent around the undead has given him a little control over the undead, and players will be able to use them to take down enemies.

Read More: How To Get A Sentry Gun Killstreak in Warzone Season 4 Reloaded

At the start of the season, we got a brand-new Komodo Dragon Finishing Move for Warzone, and we thought that was taking things far. Then again, with the likes of Plaguehounds and Hellhounds joining the fun, this isn’t the first time we’ve seen zombified creatures in Finishing Moves.

You can see the execution in this leak by dataminer BreadsModding below. And zombies aren’t the only interesting thing turning up in leaks right now, as it looks like planes are coming to Warzone very soon!

Unfortunately, many Warzone players will be unable to enjoy the Season 4 Reloaded content. In case you haven’t noticed, even pro players like NICKMERCS are quitting Warzone’s battle royale thanks to ongoing issues. 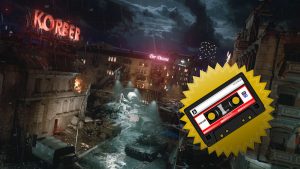 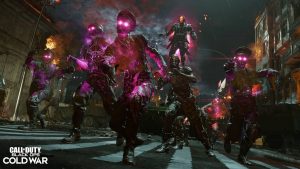 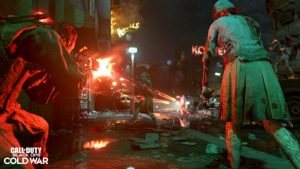