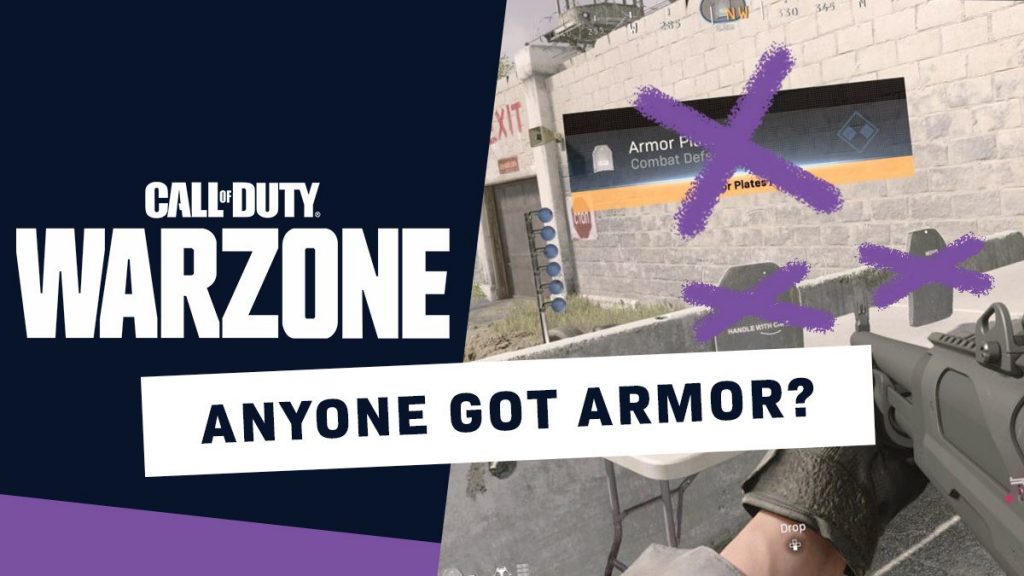 If you're feeling like you're running around without protection in Warzone Season 6, it's likely because Armor Plate spawns are now less common.

According to players on the Warzone subreddit, the game's armor plates appear to be missing in action. Acting as protective shielding from incoming fire, armor plates are found all around the map, but their spawn rate appears to have seen a nerf.

You won't find a line about it in the Warzone Season 6 patch notes but armor plate spawns do seem to be less common in the new update. Reddit user lakers2497 posted to the Warzone subreddit, indicating that the armor spawns have been severely nerfed.

"Anyone else notice that plates are practically gone from the game?" the user writes. "I’ve played maybe 5-6 games, and my whole trio has looted a total of 2 plates off the ground. How is this a good decision?"

One commenter replies that they came to the subreddit specifically looking to see if others had noticed the issue. Another indicates that they like the change, as it incentivizes aggressive play.

With less armor available to players, those that don't have it will be forced to push hard into new areas.

Is the Armor Plate Spawn Nerf a Bug or a Feature?

It's unclear at this moment as to whether reduced armor plate spawns are a new feature in Warzone. This could simply be the work of a bug, as the Season 6 update isn't quite off to a good start.

Already, Warzone Season 6's subways have already broken the game, and players are getting free wins from the new public transport. What's more, a lot of users are reporting that servers are crashing in many games.

The lack of armor found on the map could simply be the latest in a long line of Warzone issues, currently plaguing the game. It's worth noting that a change this severe would likely have appeared in the patch notes.

Its absence might just reveal that the armor plate spawn nerf is simply a bug. That said, Warzone Season 6's secret killstreak was also omitted from the patch notes entirely, so it's anybody's guess at this point.

With crashes, no armor, and a hacker infestation in Warzone at the moment, players may soon be looking to jump to a different battle royale to get their fix.

How Broken is Warzone? Cheaters & Glitches Stop Players Having Fun
3