Warzone Player Goes On A Driving Rampage in Zombie Royale 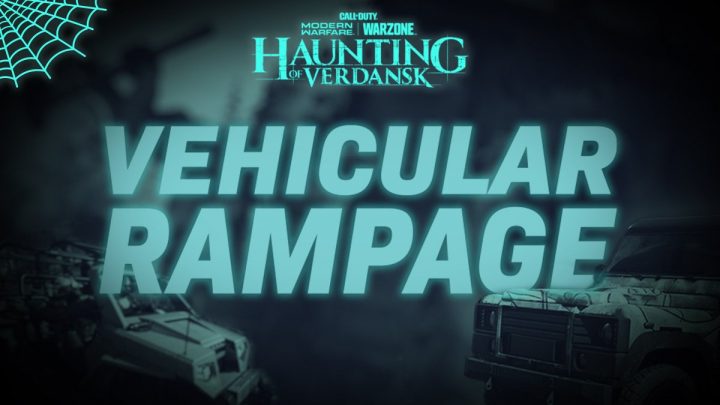 This Warzone player gets to live out a classic zombie movie scenario, going on a driving rampage in Zombie Royale.

In more than just a few zombie movies, the protagonist will take to a vehicle to mow down the undead. Cars, as it turns out, make for excellent zombie-killing devices.

Now, one player is showing off just how effective driving can be in Warzone’s new Zombie Royale mode. For those yet to check out Call of Duty: Warzone’s latest Halloween update, you’ve got a real treat ahead of you.

The Haunting of Verdansk update adds Zombie Royale to the mix, allowing players to forgo the traditional battle royale experience. Instead, dying simply turns you into a member of the undead, and the squad containing the last living player is the winner.

Zombies are tricky to kill at the best of times, despite being unarmored enemies. With health regeneration, fast movement, a huge leap, and the disorientating gas grenade, players struggle to overcome the undead enemies.

Now though, it seems that Warzone players should go on a driving rampage if they want to win Zombie Royale.

As the ring quickly closes in around Reddit user zzzzzzzztuo, the user finishes an enemy with a long-range sniper shot. To get back into position quickly, the user then hops into a nearby vehicle.

Heading towards the action, the user takes out a running zombie and plows right into an enemy squad. Having wiped that squad from the game, the user turns back to head towards the new ring location.

“At first I just wanted to move away from the zone, but after the first one it became addictive,” the user writes.

Here, he turns into several undead enemies, dropping them like flies. This Warzone driving rampage continues until only a handful of Zombie Royale enemies remain.

In total, the user is treated to a 9x Multi kill, and more than just a few players slaughtered. The advantages of being inside a vehicle are clear.

Firstly, gas grenades won’t stagger your car like they would an on-foot player. You also have movement to outrun the zombies.

Fewer players are carrying C4 in Zombie Royale, so there’s less fear of instantly being wiped by the powerful equipment. What you should be wary of is the zombie’s powerful EMP ability which will stop you dead.

For whatever reason, no undead managed to use their ability to stop this massacre. Should you avoid the EMP, zombies struggle to hurt a driving player, so your biggest threat will be enemy soldiers.

In this instance, however, it appears the enemies were too busy surviving the undead to bother with the incoming car. And it was this that led to their downfall.