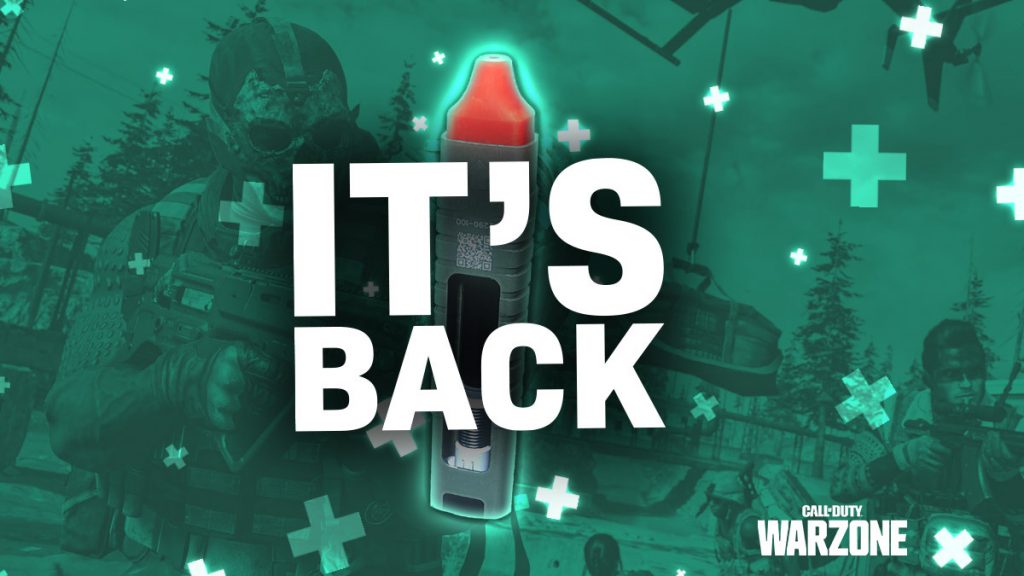 Warzone players hoped that the infinite stim glitch was gone forever. However, a new game-breaking method of doing it has been found.

The Infinite Stim Glitch has plagued Warzone before and gives cheaters a very easy method of winning games.

The glitch gives players an unlimited supply of any tactical equipment they are holding. This glitch works with all tacticals, so players could have an infinite amount of whatever equipment they wanted.

In the past, players could get infinite stims by grabbing and holding an already-thrown grenade or by cooking a grenade in the starting plane. This new glitch is very similar to the first method but can be done without teammates.

How to Get Infinite Stims in Warzone

While we do not condone cheating, the method of the new infinite stim glitch is spreading rapidly on the Warzone Reddit and it's more likely to be fixed if more people know about it. So it makes sense to reveal the method.

To do the new Warzone infinite stim glitch, players must first throw a grenade at a nearby wall and then hold the throw back button. From there, you then have to drop both of your weapons.

The grenade will not explode and players are then free to pick their weapons back up and use this infinite supply of tactical equipment. The HUD will always say there is one available but the counter never goes down after it is used.

However, having infinite stims completely breaks the game as players can use it to stay in the gas forever and get cheap wins. Players who don't cheat have no hope of winning games until this glitch is fixed.

Activision could add an anti-cheat system in the game which would detect when players are using way too many stims. Alternatively, they could look into the infinite stim glitch more closely and finally fix this glitch once and for all.

There are also issues with how players land into Verdansk. Players are also able to land quicker without pulling their parachute using this glitch.

Hopefully, Activision will fix the Warzone infinite stim glitch soon. Otherwise, players won't be able to enjoy all of the new content coming in Season 2.

Find out how to check your Warzone SBMM level using this website. You might be a top player.