Warzone 1 is now offline ahead of its rebrand into Warzone Caldera. Here are all the times and dates you need to know:

For the last couple of years, Call of Duty players have been free to enjoy Warzone, Activision’s biggest-ever Battle Royale. But now, our time with the game is set to come to an end… at least temporarily.

Now that the release date of Warzone 2.0 is finally here, players are eager to jump into the brand-new BR and see what changes it has to offer over the original game.

But if you decide that the title’s sequel just isn’t for you, you can always return to Warzone Caldera.

When Did Warzone 1 Servers Go Offline?

This was exactly 2 hours before the launch of Warzone 2 and MW2’s first season.

Here’s how to pre-load Warzone 2.0 and everything you need to know about the new game!

When Is Warzone ‘Legacy’ 1 Coming Back Online?

Warzone 1 is now back online as ‘Warzone Caldera’ in . Servers went back up on November 28, just over 12 days after they went offline.

Activision’s hugely-successful Battle Royale was never going tot be offline forever, and players can now access all their Operator skins, Blueprints, and progress they accumulated over the last few years.

The Warzone Caldera servers came back online at the following times around the globe:

Activision does state that the servers will come online ‘approximately’ at the times shown above. We’ll update this article if any changes are made to the current schedule.

What Is Warzone Caldera?

Warzone Caldera is a rebrand of the original Call of Duty Warzone Battle Royale. Players will still be able to enjoy the original BR title, with all of their earned items and unlocks.

However, popular smaller maps Rebirth Island and Fortune’s Keep not be present in Warzone any longer, with only Caldera available to play.

Warzone Caldera will not be receiving any new weapons from MW2, but will remain similar to how it was at the end of Vanguard Season 5 Reloaded.

Another thing missing from Warzone Caldera will be the in-game store, though COD Points will still be transferrable between all Call of Duty titles.

Any Double XP and Double Weapon XP tokens present in Warzone Caldera will not be transferrable to Warzone 2.0 or vice versa, however.

Is Verdansk Coming Back in Warzone Caldera?

Activision hasn’t confirmed whether or not Verdansk will ever return in the rebranded ‘Warzone Caldera’ but it’s certainly not available at launch. What’s more, the name seems to suggest that only the Pacific map will be making an appearance from now on.

However, those who want their fill of a city battlefield in their Battle Royale arena will be very happy with some of Warzone 2.0’s major POIs!

Check out the full Warzone Season 1 Roadmap here to see everything set to come to Activision’s new Battle Royale release.

THANK GOD BECAUSE THIS NEW MW2 IS PURE GARBAGE

@Luis Gomez, you are hot trash way better than caldera 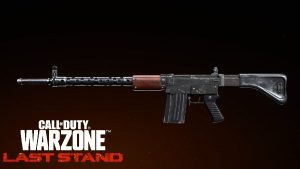 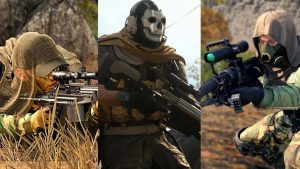