Warzone 2 sees players battle it out on the large-scale Al Mazrah map against 149 other operators. It is a competitive game so it is only natural that people will want to know how well they are competing.

A new way to check your K/D is now out and here is how to do it!

How to Find Your K/D in Warzone 2

There are two different methods to find your K/D in Warzone 2. One for if you haven’t played MW2 Multiplayer and another if you have!

If you haven’t played Multiplayer, to find your K/D in Warzone 2 here is what you will need to do:

However, if you have already played Multiplayer, you will need to do some extra math to work this out! This is because the Endless Black Gun Screen tracks stats from both Warzone 2 and Multiplayer.

If this is the case for you, here is what you need to do:

The Endless Black Gun Screen doesn’t show the full totals as it rounds to the nearest hundred so this won’t be your exact K/D.

However, the number you get will be pretty close!

Can You Check Your Other Stats in Warzone 2?

As of now, there is no way to check your full stats in Warzone 2. Currently, the only stats that track are your statistics from MW2 multiplayer.

When stats do come out, you will be able to see your wins, K/D, and your best weapons.

Checking stats will be important as your stats will give you a rough idea of what skill-based match-making bracket you are in.

When is Combat Record Coming to Warzone 2?

Unfortunately, there is no time period for when Infinity Ward add the Combat Record to Warzone 2. However, expect it to arrive in a future Warzone 2 update.

The most likely option is that Infinity Ward will implement Warzone 2 stats during Season 1 Reloaded on December 14th or in Season 2.

This is a likely outcome since the Multiplayer stats were added in the MW2 Season 1 update, just a few weeks after launch.

How to Check Warzone 2 Stats

When Warzone 2 stats have been released, players will be able to check their stats and KD by:

Of course, this will only work once the stats option for the battle royale game has been released.

Are My Warzone 2 Stats Already Tracking?

Yes. Although Warzone 2 stats are not available yet, it is likely that your stats, including how many wins, kills, and deaths you have, are already tracking. This will be included in your stats as soon as they become available.

In Modern Warfare 2, Multiplayer stats from before the Combat Record was released were still included.

This is worth bearing in mind the next time you drop into Al Mazrah.

Is Warzone 2 Resetting Stats From Warzone 1?

Yes, all progress from the original Warzone has been reset in Warzone 2.

This means that all of your stats from Warzone 1 will not carry over to Warzone 2 when the Combat Record is released. You can start from a completely clean slate.

Warzone Legacy players have until November 30th to check their lifetime Warzone stats.

When the combat record is available, make sure your K/D is as high as possible by using the best meta weapons.

Is There a Double XP Event Active in MW2 & Warzone 2? 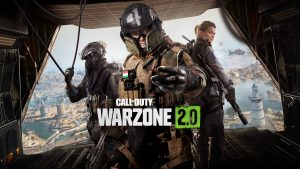