There are 3 new factions to discover in DMZ, Call of Duty’s new Extraction Shooter game mode. Here’s what you need to know:

When dropping into DMZ, the new Warzone meets Escape From Tarkov experience, players will be tasked with creating their own narratives. There are no must-complete objectives in DMZ, and Operators can freely explore Al Mazrah at their leisure.

However, those looking to make the most of their experience will be looking to loot up, complete faction quests, contracts, and more.

But who exactly are the 3 factions present in DMZ and how do you get access to them?

What Are Factions in DMZ?

When exploring the DMZ, players will encounter 3 factions that are engaged in a volatile power struggle over Al Mazrah. These factions will provide Operators with missions to complete ahead of each game of DMZ, with rewards for those that succeed in their task.

Faction missions will be selected prior to each match, but players do not need to complete their tasks to succeed in the mode. After all, DMZ is all about exploration and choosing your own playstyle.

If you’d prefer to just explore Al Mazrah at your own pace or gather some loot and exfil quickly, you’re free to do so.

Read More: How to Exfil in DMZ & Extract With Your Loot

Who Are the DMZ Factions?

The 3 rival DMZ factions that are battling it out for control of Al Mazrah are:

Players will be able to help all 3 factions as they complete missions in DMZ, and aiding each one will unlock a myriad of rewards.

You can even unlock more Insured Slots to keep your weaponry safe!

Here’s a breakdown of what we know about each group:

The Legion is a private military contractor that appears to have ties to greater powers in the West. This faction is desperate to gain a foothold in Al Mazrah, and will therefore hire even inexperienced Operators.

Legion operatives will cease to exist on paper, in the hopes that their actions can’t be traced back to the faction. But while helping them out in-game, players may come to realize that the Legion isn’t quite ready for the power it seeks.

Once, White Lotus was the dominant faction in Al Mazrah, a time that the organization is fighting hard to get back to. The group used Al Mazrah’s natural resources to great effect for years, aiding their benefactors in growing their public infrastructure projects.

However, now that pressure from other factions has reduced the White Lotus presence in Al Mazrah, the organization aims to retake their operations base and ultimately regain control of the region.

The third and final DMZ faction, Black Mous will be the last organization that players encounter. Currently, Black Mous holds one of the most significant presences in Al Mazrah, despite striking from the shadows.

The group is fully anonymous, decentralized, and without any form of known leadership. Specializing in espionage and cyberwarfare, Black Mous believes that knowledge is the ultimate form of power.

How to Unlock All DMZ Faction Missions

Here are the unlock requirements for all 3 DMZ factions in Warzone 2.0 and how to get started with their missions:

Here are all the Faction Missions & Rewards in DMZ to help you assist all 3 organizations!

Plus don’t forget that you can unlock a new weapon in DMZ right now by completing a special objective! 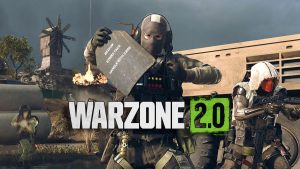 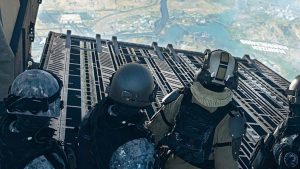