Hogwarts Legacy is giving players access to all 3 Unforgivable Curses, but what are they and what do they do in-game?

Exploring Hogwarts castle, making friends, and attending classes are just some of the things that players can look forward to when Hogwarts Legacy finally releases.

But what only the most dedicated Harry Potter fans might know is that all 3 Unforgivable Curses are in the game too! And by venturing into the Dark Arts a little too far, your Witch or Wizard will be able to learn to cast them.

Avalanche Studios recently confirmed that the third and final Unforgivable Curse, Imperio, is indeed usable in Hogwarts Legacy. And with that in mind, we’ve created a full breakdown of each curse and what it can do in-game.

Can You Use Avada Kedavra in Hogwarts Legacy?

Yes, the Killing Curse Avada Kedavra is castable in Hogwarts Legacy, despite it being an Unforgivable Curse.

The player character is shown using the Unforgivable Curse near the end of the 14 minutes of Hogwarts Legacy gameplay released in the game’s State of Play.

Can You Use Crucio in Hogwarts Legacy?

Yes, you can both learn and use Crucio, the Torture Curse, in Hogwarts Legacy though doing so is optional.

This Unforgivable Curse is obtainable via Sebastian Sallow’s questline, so players may only learn this spell if they choose to befriend the Slytherin Companion.

Can You Use Imperio in Hogwarts Legacy?

Yes, Imperio (AKA the Imperius Curse) is available to learn in Hogwarts Legacy, and it seems it’ll be more useful than the other two Unforgivable Curses.

According to a recent Instagram post from Avalanche Studios, Imperio is not only in the game, but it’s even usable during combat to manipulate enemy combatants.

What Do All Unforgivable Curses Do in Hogwarts Legacy?

Perhaps the most iconic Unforgivable Curse in the Harry Potter universe, Avada Kedavra creates a green beam of light capable of instantly killing a foe.

The only time a Witch or Wizard has been known to survive this spell is when Harry Potter himself was struck by it, first as a baby and then again in the Deathly Hallows. Both times he was protected from its full effects, but enemies in Hogwarts Legacy will have no such luck.

It’s unclear as to exactly how Avada Kedavra works, and whether it’ll be a finishing move or an instant-kill spell. Either way, expect it to be your last-resort option when in a life-or-death scenario.

The Torture Curse, Crucio, creates a searing pain throughout its target that feels like white-hot knives piercing every inch of its body. The pain is so intense that it removes the ability to think, and can even result in insanity if a victim is subjected to it for too long.

However, for the caster to use the curse to great effect, they really have to want to cause the recipient pain.

We know that Crucio will be unlocked through companion Sebastian Sallow’s quest line. And though it’s likely able to be used in combat, we also know that to learn it we’ll have to either cast it on our friend or feel its effects ourselves.

Finally, Imperio, the Imperius Curse, is a spell that places the victim completely under the caster’s control. When under the effects, a person will obey all commands instructed to them by the user.

It is possible to break free from the Imperius Curse with a strong enough strength of will.

In Hogwarts Legacy, Imperio can be used to force enemies to fight as if they were your companion. While under your control, they take reduced damage from other enemies and increased damage from you.

Want to know what else you’ll be able to learn? Here are all spells that are currently confirmed for Hogwarts Legacy! 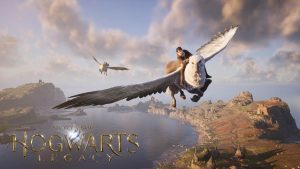