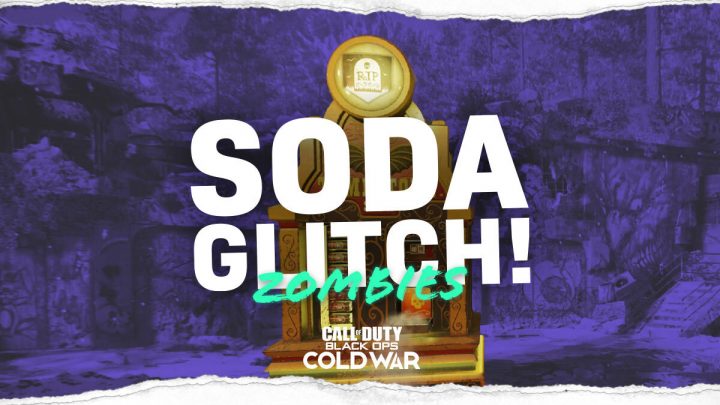 Tombstone Soda is a new perk that was added as part of the Firebase Z update. The death-defying perk has been popular in Firebase Z and is also available in the original Zombies map Die Maschine.

Perks should help players get to higher rounds in Zombies. However, the Tombstone Soda was a total waste of money in this case.

While many players are revealing all of the secrets in the new map Firebase Z, some are still enjoying Die Maschine.

However, players should be wary of using the new Tombstone Soda perk as a glitch could potentially ruin your game. Tombstone Soda is a new perk that lets players revive themselves, but it can also break your game on Die Maschine.

To get all of the details about the new perk, be sure to read our handy Cold War Zombies Tombstone Soda guide.

A new clip from Reddit shows a player dying in the Particle Accelerator on Die Maschine while protecting an objective. He used the Tombstone Shadow.

However, the unlucky player spawned back in the Control Room. This meant that he was stuck behind barriers that prevented him from getting back to where he died.

The player then died as he couldn’t get back to his body in time to revive himself. This is a frustrating glitch that means that it is a risk to use Tombstone Soda on Die Maschine.

Other players replying on the Reddit post have also complained about having the same issue. For now, it seems like it is better to not use the Perk on Die Maschine until Treyarch fixes this glitch.

Don’t spend your money on Tombstone Soda until this glitch is fixed. Instead, you could use Essence to Pack-A-Punch one of the best guns for Firebase Z. Be sure to read our guide on how to Pack-A-Punch in Firebase Z too.