Splatoon 3 has a brand-new event for fans to enjoy that will arrive every few months – here’s everything you need to know about Big Run.

If you’re a fan of Salmon Run in Splatoon 3, chances are you’ll enjoy this new event. Unlike Splatfests, which offer mainly PVP action, Big Run is an entirely PVE-focused mode.

When a Big Run rolls around, Splatoon 3 players will face off against Salmonids in an effort to stop a full-scale invasion.

Be sure you know what the best weapons in Splatoon 3 are, so you can help fight back the oncoming hordes.

When Is Big Run Coming to Splatoon 3?

The first Big Run event should be arriving in early December 2022, according to a new trailer for Chill Season! At the end of the trailer, Nintendo confirms that ‘BIG RUN IS IMMINENT’

As soon as we know an exact date, we’ll update this article, so check back regularly for the latest information!

What Is Big Run in Splatoon 3?

Big Run is a Splatoon 3 event that features Salmonids invading Splatsville, the area that Inklings and Octolings have made their home.

Players will battle the incoming invasion on Splatoon 3 multiplayer stages, rather than in Salmon Run arenas. In a new PVE mode, stages will become flooded, and the sky will turn red as Salmonids arrive in the city.

As ever, players will need to take down Salmonid bosses which drop Golden Eggs, and carry those to the nearby Egg Baskets.

How Often Does Big Run Arrive?

Big Run events occur ‘every few months’ in Splatoon 3, so don’t expect them regularly. Be sure to take part in the event while you can, to earn exclusive rewards and save the city!

Be sure to prepare for the event, by learning how to boost star power on your Splatoon 3 gear – and if it’s worth doing.

Plus, did you know that you can find a secret Sheldon Drone in Splatoon 3 which helps you track down rare items? 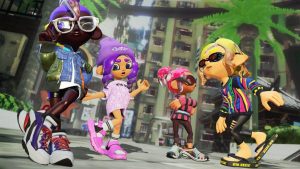 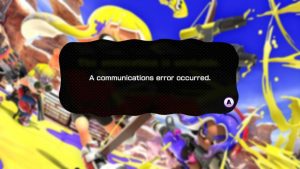