There are 3 new Amiibo coming alongside Splatoon 3 – here’s everything you’ll need to know to get your hands on them.

If you’re an Amiibo collector, a Splatoon megafan, or a mix of the two, these new Splatoon Amiibo are must-have collectibles.

What Are the Splatoon 3 Amiibo?

Of course, judging by past history, it’s only a matter of time before we get more Amiibos starring the Splatoon 3 Deep Cut Idols!

The Splatoon 3 Amiibo will release on November 11, 2022. Pre-orders for the three Amiibo are already live at some retailers.

Individually, each Splatoon 3 Amiibo costs $15.99. However, it looks like you will also be able to purchase them in a pack of 3.

The price for the Amiibo 3-pack has not been revealed yet.

Read More: Who Are the New Squidbeak Splatoon? All Agent Identities Revealed in Splatoon 3

Where to Pre-Order Splatoon 3 Amiibo

Here are all of the retailers where you can pre-order the Splatoon 3 Amiibo at the moment.

We will update this list with further links when pre-orders go live at other retailers.

What Do Splatoon Amiibo Do In-Game in Splatoon 3?

Splatoon Amiibo will let players save their current gear, unlock additional cosmetics, and take snapshots with your characters.

According to Nintendo, scanning an Amiibo at this spot in Splatsville will allow players to save their current gear, camera options, and registered Freshest Fits profile to the figure.

This will let players instantly swap outfits and more, between up to 5 ‘loadouts’ per figure.

In addition, you can even bring your Amiibo in for a photoshoot in-game, allowing you to take the freshest snapshots.

There are now 20 Splatoon Amiibo in total, with the addition of these Splatoon 3 figures.

Amiibo are usually priced at around $13.99 at launch and after restocks, and the price rises over time. Am I wrong? 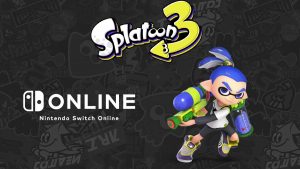