Here is our review of one of the most tactical shooters of the year, Sniper Elite 5.

The Sniper Elite franchise has earned a name for itself for providing players with a tactical shooter with guts and glory. Rebellion proves that its formula is still unmatched with Sniper Elite 5, the latest entry in the stealth-based shooter.

Everything that fans love from the series is back, including the gut-filled kill cams, detailed level designs, and stealth-based gameplay. But despite all this, Sniper Elite 5 feels like a game that serves to satisfy a niche. Its gameplay heavily relies on its stealth-based combat.

The level design is fantastic, and you can really tell that the team over at Rebellion took the extra care to make sure these locations were as close to their real-life counterparts as possible.

Whenever I was forced to bring out my submachine gun or revolver, I felt at a considerable disadvantage. The control felt off and it wasn’t nearly as satisfying. I quickly learned that if I wanted to complete all my missions, I would need to play it slow and learn about my environment. Sniper Elite 5 is all about your tactics and how you approach each encounter.

This is one of Sniper Elite 5’s most substantial areas. The level design is fantastic, and you can really tell that the team over at Rebellion took the extra care to make sure these locations were as close to their real-life counterparts as possible. And it’s a lot of fun simply exploring these locations and navigating around them. There is a lot of diversity in the areas as well. Some are a lot more open, and others will require you to navigate crowded corridors.

There is a significant amount of replayability with these missions. Multiple vantage points and hidden secrets make it so that the more you play, the more you discover. In one playthrough, you can take to the streets of a town and silently take down every enemy soldier. And in another, you can set up camp at the top of a building and snipe every enemy from afar. The possibilities are there. You just need to find them.

Each mission has a variety of objectives, hidden secrets, and a kill target that players can complete.

The story is pretty straightforward and what you would expect from a Sniper Elite game. Your character, Karl Fairburne, is tasked with weakening the Axis defenses to lower their threat. But things don’t work out, and you get blown out of a submarine. From here, you work with a variety of characters to get close to the heart of the Axis and takedown Obergruppenführer Abelard Möller.

It’s nothing special, and you won’t be grabbing any popcorn during the cutscenes. But it’s interesting enough to keep you playing and exploring all the side objectives. Each mission has a variety of objectives, hidden secrets, and a kill target that players can complete.

The only mission that is required to advance is the main mission, but part of the fun is exploring the whole area and discovering these secrets. They make the main task more manageable with the clues they give, and you get some cool rewards as well. Players also have a skill tree to level up along the way. These include better focus, more health, and more efficient uses of your equipment, to name a few. It’s pretty bare, but in a game like Sniper Elite 5, you don’t need much. How you perform depends on your approach to the operation.

The Kill-Cams are back and looking better than ever. But I did find that sometimes they would happen in the middle of a heated gun fight which would take me out for a second.

The Kill-Cams are back and looking better than ever. But I did find that sometimes they would happen in the middle of a heated gun fight which would take me out for a second. I’m all for them when I’m in stealth mode, but when I’ve been caught and trying to take down enemies to make a quick exit then it can be a bit much.

Players can also customize their weapons and loadout before setting out on a mission. You can customize three types of guns: Snipers, Pistols, and SMGs. Most of the guns will be locked, but can easily be unlocked through story progression and completing different objectives. There are a lot of various attachments as well, but to unlock those, you’ll need to explore the map and find workbenches that are hidden. These workbenches will allow you to customize your weapons in-game and unlock new attachments for each gun type.

It’s hard not to appreciate the excellent level of design and how much love Rebellion put into this sequel.

Sniper Elite 5 also features various modes that players can enjoy. Including a Survival mode, Multiplayer options, and an Axis Invasion mechanic. Before you set out on a mission, you’ll have the opportunity to allow Axis Invasions. An Axis Invasion is when another player invades your game and hunts you down.

Both the invader and yourself will have an array of abilities specifically for this mode, and it will end when one of you takes down the other. I found that this mode tended to drag out at times, but it is a cool idea that may need some tweaking to be decent. It’s just frustrating when the enemy player spends most of the time hiding and is afraid to engage with you.

Survival mode is also a fun addition, but it can be difficult if you are alone. It’s easy for the enemy team to crowd you, and they tend to spawn pretty close to your point. I found this to be a bit frustrating, especially since it’s challenging to snipe enemies when they all spawn at the same time.

Overall, Sniper Elite 5 is a great time if you’re a fan of tactical games that reward exploration and stealth. If you’re looking for a shooter that will have you running and gunning to different sniper outposts, then this might not be for you. But even so, it’s hard not to appreciate the excellent level of design and how much love Rebellion put into this sequel. It’s an awesome game and one you should check out if you’re a fan of the series or looking for a new tactical shooter to try out. But if you haven’t been a fan of these games in the past then there isn’t enough.

Sniper Elite 5 Review
Conclusion
Sniper Elite 5 is a tactical shooter that rewards players who take in their surroundings and plan their move before diving in. It's a lot of fun, but if you weren't a fan of the series before then chances this one isn't for you either.
PROS
Fantastic level design
You'll want to replay missions to find new ways to complete the objective
Top notch stealth-based combat that will bring out your best tactics
CONS
The Kill-Cam can abruptly interrupt a heated battle
Axis Invasions can be fun but can also drag out
Could use some quality of life improvements with the UI
7
Reviewed on PlayStation 5
Share your thoughts, or ask a question:
Comments 0 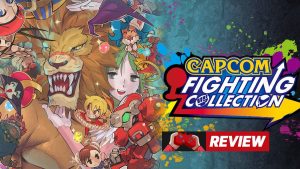 The Quarry Review - Don't Go Out at Night
4 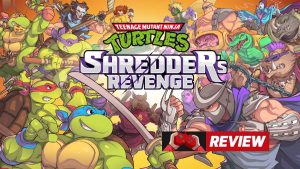 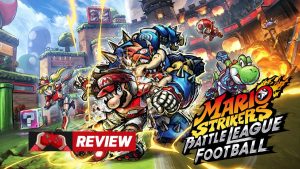 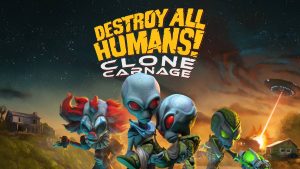 The Quarry Review - Don't Go Out at Night
Recommended