Warzone Season 3 Reloaded has brought some huge sniper buffs that will shake up the meta!

The latest update for Warzone had brought some huge changes to the game including new map POIs, operators, and weapons as well as some huge weapon buffs and nerfs.

In particular, the Cold War sniper rifles have gotten some huge changes that could make them some of the most powerful guns in the game now.

The complete Warzone Season 3 Reloaded patch notes detail some huge changes to weapons. The most drastic of these are the huge buffs for Cold War snipers in Warzone.

Firstly, the new update has buffed the LW3 Tundra’s aiming stability significantly. This will make it much more accurate at longer ranges.

The underrated M82 sniper has also gotten a couple of great buffs to its bullet velocity and extremity damage in Warzone. However, it now has a slightly slower fire rate.

The ZRG 20mm has had a slight nerf to its movement and handling speeds. Although, its damage and bullet penetration has been greatly increased, making it hit extremely hard.

Finally, the underpowered Swiss K31 is also now viable thanks to some buffs to ADS speed, aiming stability, and flinch resistance. This could now challenge the Kar98k as the best close-range sniper in Warzone.

Additionally, a couple of Cold War sniper attachments in Warzone have gotten some great buffs, which make the guns way better than before.

The update also changed how many of the attachments work on Cold War Snipers. Raven has changed all of the lasers to suit the sniper rifles more.

Now, the 5mW Laser is a Cold War equivalent to the popular Tac Laser attachment for Modern Warfare guns. It increased ADS speed by a whopping 50ms!

This would make Cold War sniper rifles like the Pellington and Swiss K31 challenge the best Kar98k loadout in Warzone for the fastest ADS speed.

Make sure you equip both of these buffed attachments on your sniper in Warzone before you drop into Verdansk.

Meanwhile the new ’80s Action Heroes event has exploded into Warzone. This has brought loads of new Rambo and Die Hard themed POIs to Verdansk.

Before you drop into Verdansk, make sure you know how to open the new Nakatomi Plaza Vault full of loot. Also, don’t miss the Rambo Camp and POW Dog Tag locations you need to complete an annoying challenge.

Unfortunately, there’s a huge problem with the new Rambo and John McClane operators though. 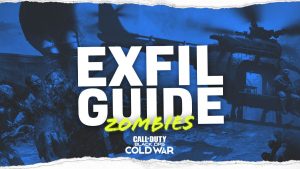 How to Exfil in Firebase Z - Cold War Zombies
2 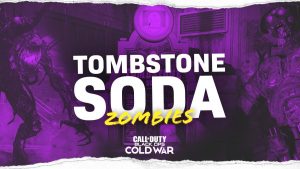 How to Have No Scope Glint on Snipers in Warzone
4

How to Exfil in Firebase Z - Cold War Zombies