If you’re hoping to pick up the Saints Row reboot on Steam, you’ll be happy to know that there’s a release date finally.

While Saints Row is coming back with the reboot in 2022, players on PC have only one storefront to choose from. That’s because Saints Row is launching exclusively on Epic Games Store for PC.

Many players won’t mind this, but there are a few gamers who prefer to own all of their games on Steam. Unfortunately, you’ll have to wait a bit longer after the August 23 release date.

Will Saints Row Reboot Be Coming to Steam?

Currently, the release date for the Steam version of Saints Row Reboot is 2023.

Unfortunately, that is the only information we have right now until an official date is announced. However, we can make assumptions based on previous Epic Games Store exclusives.

On average, the Epic Games Store usually holds games exclusively for a period of one year. But this isn’t true for every game. Some games are exclusive for six months, and some have yet to arrive on Steam.

For example, Borderlands 3 was exclusive to the Epic Games Store for six months, whereas games like Control, Metro Exodus, and Ashen were exclusive for 12 months. Tiny Tina’s Wonderlands saw only three months of exclusivity.

We think it’s safe to assume that Saints Row will see a release on Steam one year after it officially releases. However, once an official release date has been announced, we will update this article to reflect that.

If you simply can’t wait, we recommend checking out all of the editions for Saints Row, including any bonuses that may come with them! 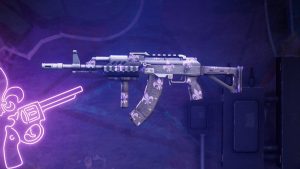 How to Customize Weapons in Saints Row 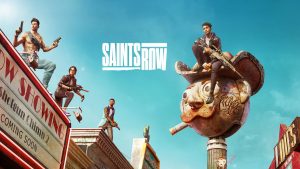