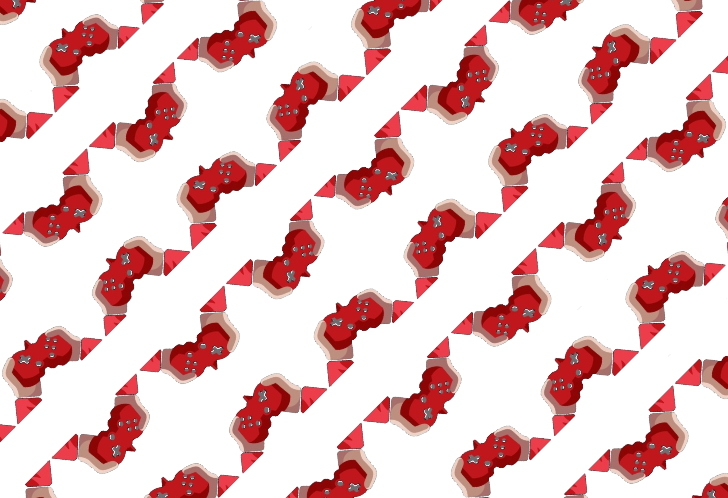 It’s been 9 years since the release of Saints Row IV, the last mainline title in the iconic Deep Silver franchise. Say what you want about how the original series went off the chain, each game was packed with personality and had fans coming back time and time again.

But after the craziness of the storyline began to include the destruction of Earth, time travel, an alien invasion, and a prison break in Hell, it was definitely time to dial things back a notch or two.

The 2022 Saints Row reboot, simply titled ‘Saints Row’ aims to be a full reset of the timeline. Gone are the days of Johnny Gat and the 3rd Street Saints, in place of a whole new empire in the making.

Who Are The Saints?

This time around, the up-and-coming Boss is joined by roommates Neenah, Eli, and Kevin in starting The Saints. And while the game’s marketing didn’t do them any favors, I found that the cast ended up being a likable and well-developed bunch of characters.

In missions with each cast member, the player is afforded a brief glimpse into the character’s backstory, but it never quite goes far enough to reveal much about them. That said, while initially I didn’t care for the new Saints, I found the crew members perfectly serviceable overall.

At the start of the game, each one of your roommates belongs to one of Santo Ileso’s major gangs: Los Panteros, The Idols, and Marshall Defense Industries. These factions each have a presence in the city but, disappointingly, only one of them plays a major role in the game itself.

I felt like the gangs didn’t live up to their full potential. With Marshall Defense Industries being the only group to have a leader with any presence, the other two parties just devolve into hordes of faceless goons. There are minor differences between the gang members and their fighting styles, but don’t expect a lot of variety.

After all, enemy models are duplicated with such ferocity that at one point I was facing off against four identical foes.

Guns on the Streets

Combat is passable, though shooting is by no means perfect and hand-to-hand is slow and painful. Buy the right weapon and you’ll have enough fun, but enemies won’t often drop theirs.

Therefore, those who don’t make a regular trip to the weapon shop will find themselves blasting through the game with the same two guns. And while some weaponry feels better than others, some enemies do feel a bit too bullet-spongey for my liking.

Although the health bars above their heads can be turned off in the settings, sometimes I preferred to leave it on, if only to be amazed by how little damage that grenade I threw just did.

But it’s not just the enemies that are bullet sponges. The Boss just refuses to die on the default difficulty level, perhaps to make up for the fact that you’ll be standing in the line of fire for much of the game. With no cover system and a crouch button bound to down on the D-Pad, it’s clear that you’re expected to take some bullets. Thankfully, you can at least recover health in combat with a well-timed finisher.

Finishing moves are stylish and fun, but they’re a bit of a mixed bag. It’s like Deep Silver Volition couldn’t work out whether it wanted a comedic takedown or a bloodthirsty kill, so it put both in there. You’ll either be slapping an enemy before coming in with a flying headbutt, or the Boss will suddenly pull off some brutal takedown where they end up stabbing the enemy five times in the chest.

One thing I did enjoy about the finishers was their variety though, and they’re all extremely fun to watch. During the LARP missions, where you’re battling it out non-lethally against role-playing fans, you even have a few pretend kills (such as acting like you’re ripping out a victim’s still-beating heart) which I thought was a nice touch.

Taking to the Skies

The wingsuit is simultaneously the best and worst part of the Saints Row reboot. Although every developer under the sun is putting the method of transportation in their games now, there’s no denying that a wingsuit is a perfect addition to Saints Row.

Unfortunately, it’s just not the perfect addition to this Saints Row. First off, you unlock the wingsuit almost immediately in the story, but it takes a very long time before the game actually mentions that you have it. And why even make this the game where you introduce the wingsuit when there’s little to no use for it?

The city has so few tall buildings, and virtually no way to climb up the ones it does have, that the wingsuit is inaccessible for much of the game. Honestly, it seems likely to me that this feature was added in as an afterthought.

Saints Row sets a new standard for customization, with a range of inclusivity options that go far beyond most titles.

When you do get the chance to use it, the wingsuit has around a 50/50 chance of working correctly. You can, in theory, climb onto the rooftop of your car and launch to the skies but this only works when you’re moving, and you begin to slow as soon as you start the long clamber process out of your window.

That said, drop out of a helicopter from the top of the skybox and you’ll be glad the wingsuit is there while zooming to your destination in style. It’s certainly a great way of getting a good look at Santo Ileso in all its glory.

But how is Santo Ileso itself as a setting for the new Saints Row? The game’s open world is often visually stunning, but it’s certainly a strange sandbox. There’s plenty of space to play in, but not a whole lot to do in it, at least right off the bat.

Notably, don’t expect to be able to enter many buildings besides a few select stores here and there. And those who love to cause chaos might be disappointed to hear that store clerks won’t so much as react to firearms in their store, let alone let you rob them.

The reason for Santo Ileso’s emptiness perhaps, is that the city is far more customizable than its predecessor. The Saints are encouraged to start their own business enterprises to earn some cash, which is how players will unlock an array of side missions and mini-games.

Spend a lot of time on these Criminal Ventures and your city will finally begin to get a bit more interesting, with some excellent rewards available to unlock.

The title feels like it’s come out slightly underbaked, despite its delay, and with some ideas either scrapped before release or pushed in at the last minute.

But the ability to change up Santo Ileso is just the start of Saints Row 2022’s incredible customization. As fans will know from Saints Row’s Boss Factory, character customization is certainly a highlight of the game.

In many ways, I think Saints Row sets a new standard for customization, with a range of inclusivity options that go far beyond most titles. And besides your character, you can also tweak your base of operations, weapons, vehicles, and crew!

Saints Row 1-4 was known for its music, and while I couldn’t presume to say that the reboot’s tracks are worse, they’re surely less iconic.

Don’t expect to hear the likes of Kanye West’s Power or Bonnie Tyler’s Holding Out For a Hero this time around, two tracks that made the Saints Row 3’s missions they accompanied truly unforgettable.

Performance-wise, I had some issues with Saints Row on PC. Of course, any issues I experienced were prior to the inevitable Day One patch but I found the game’s performance would suffer over time, requiring me to fully reset the title in order to restore the frame rate.

In the end, despite my high-end rig and 3070 GPU, I found myself playing much of the game on Medium, rather than Ultra settings, in order to keep things stable.

The game also suffers from fairly severe pop-in, particularly for vehicles and NPCs. I even caught a few cars fading out despite being very close by, and it’s very clear that enemies will sometimes spawn behind you the second you turn the camera away.

On top of that, I experienced more than my fair share of bugs that ranged from funny to game-breaking. Enemies spawned outside of the playable area in missions, causing me to have to reset my progress multiple times, I got stuck inside a bridge, and one time the Boss reloaded their gun 50 times over before having unlimited ammo for the rest of the mission.

But even with the issues and my own personal critiques, I found Saint Row to be an enjoyable experience overall. The title feels like it’s come out slightly underbaked, despite its delay, and with some ideas either scrapped before release or pushed in at the last minute.

At its core, Saints Row manages to be what the series has always been – a fun sandbox to play around in. In some ways, I feel like the title is trying to appeal to both new players and returning fans but might not quite end up satisfying either.

A review code was provided by PLAION for the purpose of this review.

Saints Row Review - New Saints, Old Tricks
Conclusion
Saints Row offers players a welcome return to a familiar franchise but fails to push the boat out. There's plenty to enjoy for new and returning fans but in dialing back the wackiness, the franchise might have lost its greatest strength.
PROS
Santo Ileso is visually stunning
Customization options are fantastic
Wingsuit is a nice addition, when it works
CONS
The build-it-yourself map is a little barren
Combat lacks some punch
Story presents less memorable 'Saints Row moments'
Bugs are plentiful
7.5
Share your thoughts, or ask a question:
Comments 0 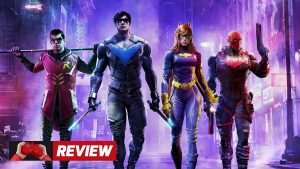