Here is our review of the timeless rogue-lite Rogue Legacy 2.

The original Rogue Legacy was released almost a decade ago and captivated the hearts of many. It introduced the concept of leaving behind all you’ve learned and the castle that you’ve built for your heirs to build on.

This meant that every run mattered, and even if you couldn’t defeat the current boss, then maybe you gathered enough resources so that your heir would have a better chance.

But is this sequel a little too late?

Rogue Legacy 2 once again allows players to adventure into the Kingdom in hopes of discovering what lies beyond the Golden Doors. It might seem like a tall order, but thankfully you’re not alone.

The ghost of your ancestors follows you. Well, technically, it was always you. Rogue Legacy 2 allows players to adventure throughout the Kingdom as they exhaust their lineage. Every time you die, one of your heirs rises to continue where you left off. You leave behind any upgrades to the Manor you purchased, armor, runes, and sometimes even gold.

And these heirs aren’t all exact replicas of you. Each has its class, traits, and relics separate from the rest. Sometimes these traits are great, and sometimes they make you a glass cannon that can obtain 200% more gold than most but will die with one hit. But all of them are fun to explore.

Want to hit your enemies with a frying pan? The Chef is all you need.

Especially when you consider that there are 15 different classes to unlock. If you enjoy a more long-range battle, then the Archer and Gunslinger will let you pick foes off from afar. If you want to be right in the fight, the Boxer or Valkryie will be your best bet. Want to hit your enemies with a frying pan? The Chef is all you need.

And if you thought that the classes would be the most significant change to your gameplay when going between heirs, you haven’t seen how impactful a trait can be. Some traits will give you a complete layout of the map but without the player marker to help guide you through it. And all of these traits will be a mystery until you decide to use them or pick them up during a run.

But it never felt like I was forced to choose anything to complete an objective. I would want to try out anything I saw most of the time.

Including the classes. This was a critical aspect to nail, and Cellar Door Games hit a home run. None of the classes feel inferior to the rest, and all of them are a good time.

This new kingdom will show you right off the bat that it is worth fighting for.

In a game where your heirs are procedurally generated and you only get three choices, it is essential that the players feel good about their options. There was never an instance where I felt like the game had left me in a difficult position.

It felt fair, and it was a lot of fun testing out all the different combinations. You never get two characters that are the same. This is why when I found myself enjoying my time as a specific character, I would fight to survive to keep them alive for as long as I could.

This new kingdom will show you that it is worth fighting for right off the bat. There is a lot to do and a lot to explore. There is a total of 6 different areas that players will need to explore. Each area tells its own story and has its own boss battle.

And that’s not even counting all of what can be done in the Manor. The Manor acts as the player’s base in Rogue Legacy 2. From here, players can purchase different upgrades, train, and even complete challenges known as Scars of Erebus.

The Manor will grow as the player progresses through the game and unlocks more things. It’s satisfying to see your small little block turn into a full-blown castle. Since the Manor is outside of the main kingdom, the upgrades you purchase will be able to be used by your heirs.

Although, I do wish that there was some way to respec your Manor. With every purchase, the price of every item goes up. So this means, in the beginning, you’ll feel like spending all your money and putting in points everywhere. But once you get the hang of things you’ll find yourself wishing you could take some of those points back.

This means that as you upgrade everything, you will be able to explore deeper into the kingdom and uncover new secrets. But there are also Heirlooms this time around that you can find that will permanently unlock abilities for your characters.

And you can either play it for a few minutes or you can play it for a few hours. Rogue Legacy 2 is one of those rare games that you can pick up and play almost immediately without feeling like you’ll need to sink in a few hours of your day. But if you do want to spend a few hours exploring the map then there is enough so it doesn’t feel repetitive.

Rogue Legacy 2 truly improves on everything that made Rogue Legacy great. The gameplay is phenomenal, the character building is addictive, and it has enough content to keep players coming back for more. So thankfully, despite being released a decade after the first, Rogue Legacy 2 delivers on every front.

A game that was well worth the wait. This title will be in the rotation of many players for a long, long time.

Rogue Legacy 2 Review
Conclusion
Rogue Legacy 2 builds upon everything Rogue Legacy established and improves on it in every way. Its addictive gameplay and beautiful world-building are enough to make it one of our favorite games of the year.
PROS
15 different classes to explore
Diverse locations and boss battles
You can play it for a few minutes or a for a few hours
CONS
No way to respec your Manor
8.5
Reviewed on PC
Share your thoughts, or ask a question:
Comments 0 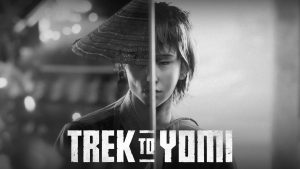 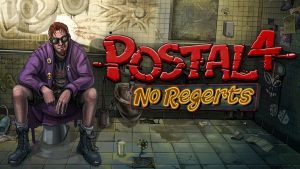 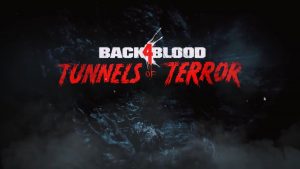