Rockstar Games has confirmed that the GTA 6 gameplay leaked over the weekend was in fact real via a statement.

On September 18, 90 videos containing footage of Rockstar’s upcoming project, currently known as GTA 6, were leaked by a user by the name of “teapotuberhacker”.

The gameplay showcased footage of a female character engaging in a police shootout, diner robbery, and even more. It garnered a lot of attention for being a truly first-of-its-kind leak due to its sheer size.

If you want to learn more about the leaked GTA 6 gameplay, including weapon details and the setting, you should read our breakdown all about it.

A Message From Rockstar Regarding the GTA 6 Leaks

In a statement posted to Twitter, Rockstar Games, the developer of the GTA series, confirmed the leak’s legitimacy and claimed that confidential information was illegally downloaded from their systems.

This illegally accessed material was also confirmed to be “early development footage for the next Grand Theft Auto.”

For anyone who saw the gameplay and wasn’t particularly satisfied, Rockstar also said that their commitment to making a great product will continue.

Our work on the next Grand Theft Auto game will continue as planned and we remain as committed as ever to delivering an experience to you, our players, that truly exceeds your expectations

Furthermore, Rockstar Games reassured players that this leak would not affect their work.

The developer confirmed it does not anticipate disruptions to live game services or any development impact in the long run for ongoing projects.

They concluded their statement by saying that they’d properly present Grand Theft Auto VI when they believed the game is ready.

In addition to this statement, TakeTwo Interactive – Rockstar’s parent company – began issuing takedowns on any of the leaked images and gameplay.

The Gaming Industry Community Response to the GTA 6 Leak

The overall response to the GTA VI leak from the gaming industry community was overwhelmingly supportive of Rockstar Games.

Initially, many were unsure of the validity of the gameplay shown. However, due to the sheer amount of videos leaked, it seemed unlikely that they were faked.

Before Rockstar issued a statement of their own, several other prominent figures in the gaming industry offered their solidarity.

Neil Druckman – the co-president of Naughty Dog – tweeted his support for Rockstar, after having suffered leaks of his own during The Last of Us Part 2’s development.

Among many others, Alanah Pearce – a writer at Santa Monica Studio – tweeted out her support. She stated that “Leaks are awful for everybody, including excited fans.” 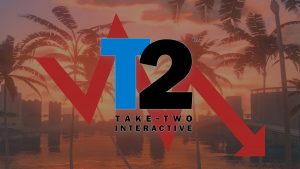 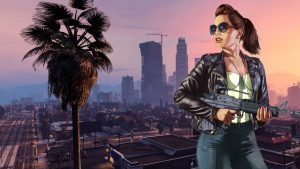