The PS5 has surpassed 10 million sales, Sony announces – making it the fastest-selling console in the company’s history.

Over the last 8 months, Sony has been pumping out PS5 consoles as fast as it can. Despite a global chip shortage, it seems that the company has been able to produce a staggering number of PS5 units – but still not enough to keep up with demand!

We’ve even got the biggest PS5 restock in months arriving at this major retailer tomorrow. Of course, they’re likely to sell out in seconds, as they do every time.

Now, Sony is announcing that it’s sold 10 million PS5 consoles since the device launched in November. And that’s shattering its previous console sales records with ease.

Still looking to find your PS5? You’ll know about all the latest drops first with our lightning-fast stock tracker!

Now, the PS5 is surpassing 10 million sales worldwide, making it the fastest-selling console in Sony history.

Celebrating the new milestone, Veronica Rogers, SVP and Global Head of Business Operators, thanks fans and developers alike for their support in a new SIE blog post.

“We are thrilled to announce that as of July 18th, 2021, we have sold more than10 million PlayStation 5 consoles globally,” Rogers writes. “This makes PS5 the fastest-selling console in the history of Sony Interactive Entertainment (SIE) and we couldn’t be more excited about the amazing response of our fans.”

The Senior Vice President goes on to thank the PlayStation Product Development team for the PS5s lightning-fast SSD and incredible next-gen DualSense controller. She also teases the future of PlayStation gaming, with nods to exclusives like the recently-delayed God of War.

Interestingly, we’re still not sure if Horizon Forbidden West is releasing in 2021 either! However, Rogers moves on to thanking the Hardware Engineering and Operations team before arriving at the fans.

“We are incredibly grateful to our fans for the terrific reception of PS5 and our growing portfolio of gaming entertainment. Without your support and confidence, this early success would not have been possible. We are making steady progress with available global supply and can’t wait for the day when everyone who wants a PS5 can easily get one.”

Thankfully, Sony believes that the PS5 stock shortage is almost over! And we have a lot of upcoming drops that suggest it could be correct.

Just look at every PS5 restock that’s coming this week, with GameStop, Target, Antonline and more!

But how do the PS5 sales stack up vs the Xbox Series X/S? Back in March, we discovered that PS5 was way ahead of Xbox in sales!

Now, that gap is only broadening, with analyst Daniel Ahmad predicting that the Xbox Series X/S is currently sitting at around 6.5 million sales.

The Xbox Series X/S is also Microsoft’s fastest-selling console, however, and it could simply be that Xbox is unable to produce as many next-gen units as Sony right now. After all, the company has to have a lot of backup Series X units for its xCloud gaming too.

It’ll be interesting to see how things change over the coming months.

It’s worth noting that the PS5 being the fastest-selling console of all time means that it’s even beating the PS4’s sales records. For reference, it took the PS5 248 days to reach 10 million sales, compared to 268 for the PS4.

That’s certainly saying a lot, considering the global chip shortage. But we’ve seen some insane demand for the next-gen console over the last few months, so it definitely makes sense!

We’re also getting word that a new PS5 redesign is already official. It’s an exciting time to be a Sony fan, and we’re certain that everyone that wants a PS5 will be able to get hold of one very soon.

In case you hadn’t seen, we’ve got next month’s free PS Plus games leaking early! And Sony is even giving out 6 months of free Apple TV to PS5 owners, as if we needed another incentive.

With 10 million PS5 consoles on the market already, supply is finally kicking into gear. And we can’t wait to see what kind of numbers the PS5 puts out over the next few years.

Finally, a new leak reports that a PlayStation State of Play is coming soon, with God of War, Horizon Forbidden West, PSVR 2 & more! 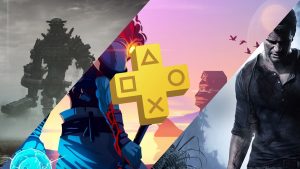