The free PS Plus lineup for March 2022 has been leaked and there will be 3 great games coming for PlayStation Plus subscribers this month!

Like at the end of every month, PlayStation fans can’t wait to hear what free titles will be coming to PS Plus soon.

Luckily, even before Sony has officially announced the free games for March 2022, we already know which games will be heading to the service.

You’ll definitely want to check these out!

But first, make sure to download the free PS Plus games for February 2022. There is still some time left ahead of the new lineup!

It has been an exciting week for PlayStation fans. Following the official reveal of the PS VR2 headset, the PS Plus lineup for March has been uncovered early!

According to Dealabs, the free PS Plus games for March 2022 will be:

As Sony itself has not confirmed the lineup yet, take this leak with a grain of salt. However, Dealabs has always been correct with its previous PlayStation Plus leaks.

UPDATE: All of the above are now confirmed, thanks to a new tweet by PlayStation!

The first free PS Plus game for March 2022 Ghostrunner. This is a first-person action platformer that mixes brutal, high-stakes combat with fast-paced freerunning.

Plus, it’s got a very cool cyberpunk-style setting. What’s not to like?

It lets players team up with friends to defeat powerful demons. Plus, with 4 classes to choose from, there’s a combat style for everyone!

Either of these will be the PS5 exclusive PS Plus game of the month, so you’ll need a next-gen console to play it. Unfortunately, the PS5 stock shortage will continue throughout 2022 so buying one will be difficult.

And those are all of the free games coming to PlayStation Plus in March 2022! Which ones will you be trying out when they drop on Tuesday, March 1?

Meanwhile, a long-awaited sequel will also be arriving on PlayStation in March too. Check out the new game modes and latest gameplay of Gran Turismo 7!

Most Anticipated PS5 Games Coming in 2022 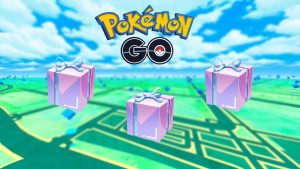