Pokemon Scarlet & Violet has had a number of new Gen 9 Pokemon announced already – here’s all of the ones we know about.

For the players that love to see new Pokemon when they start their adventure – and not yet another Bidoof – the recently announced Gen 9 Pokemon are sure to brighten your day. While there are still many left to be revealed, the ones we’ve so far have been incredibly exciting.

With not long left until Pokemon Scarlet & Violet’s release date, it’s understandable to start thinking about your team composition. From adorable starters to battle-hardened warriors, these Gen 9 Pokemon are shaping up to be something special.

Sprigatito is one of the Gen 9 starter Pokemon. Modeled after a kitten – the gatito in its name means little cat in Spanish – Sprigatito can use its plant-like fur to photosynthesize.

It can also boost its attack thanks to its ability Overgrow and make opponents falter thanks to a therapeutic aroma it emits.

Resembling a spicy pepper crossed with an adorable crocodile, Fuecoco is a Fire Croc Pokemon with a penchant for food.

Its ability Blaze – not unlike Overgrow – boosts its attack, while the big yellow scales on its front and back absorb heat before turning it into fire energy.

Also, that little tuft of hair on its head is actually excess flames leaking out of it. The more you know!

The last of the Gen 9 starter Pokemon is Quaxly, a duck that’s all about self-care and hygiene. Its slick quiff is slathered in cream and its body is protected from all grime thanks to a natural gel.

Like the other starters, its ability Torrent improves its attack. It also has incredibly strong legs which are great for both swimming and kicking your opponents while they’re down.

Farigiraf is a region-specific evolution to Girafarig that combines the head and tail of Girafarig into one spooky form. This also means its brains are connected which greatly increases its psychic power!

It has two entirely new abilities. The first is called Cud Chew which means that when it eats a berry, it will eat it once more in the next turn, essentially doubling its effects.

The second new ability is called Armor Tail. This ability makes enemy Pokémon completely unable to use any priority moves.

Fidough is basically a loaf of bread. Its ability to spew yeast from its mouth has made it a much sought-after Pokemon in the culinary world.

However, for those looking to use it in battle, never fear. Its soft, doughy exterior actually allows it to double in size – like it has been left to prove for three hours – making it seem far more intimidating.

Its ability, Own Tempo, also prevents it from becoming confused.

Lechonk is a stocky Hog Pokemon that, despite appearances – and its name – isn’t actually fat. Apparently, its large appearance is due to all the muscle it has accumulated while looking for tasty treats.

Its love of berries and Gluttony ability allow it to consume berries earlier, and its herb-like aroma gives it the ability Aroma Veil as well.

Pawmi looks like Pikachu with a quiff. It is a very small Mouse Pokemon with sacs of electricity in its cheeks that it loves to rub.

It’s not as weird as it sounds, as it helps it generate a powerful electric touch that will shock its opponents. It can come with one of two abilities, Static which has the chance to paralyze attackers or Natural Cure which heals any status effect when it is switched out.

Like Lechonk and Pawmi, Smoliv is one of the Pokemon used by your rival, Nemona. As its name would suggest, it is an Olive Pokemon that unsurprisingly resembles a small olive.

It can produce a bitter oil – unfortunately not to be used with bread – that can slow Pokemon down allowing it to flee. Smoliv also loves to sunbathe, which matches well with its ability to photosynthesize.

However, don’t expect it to fall asleep in the sun, as its ability Early Bird makes it easier for it to awake from sleep.

The Paldean Wooper is one of the first regional variants announced. Unlike the Wooper you may be familiar with, the Paldean variant has developed a poisonous film across their bodies after being forced to relocate to bogs.

Their affinity for poison also extends to their defensive techniques, as they’ll spit poison from their gills to prevent other Pokemon from moving in on their territory. They come with the ability Poison Point, which poisons attackers, or Water Absorb, which heals them whenever it’s attacked by a Water-type move.

Grafaiai is a Toxic Monkey Pokemon that prefers to go at it alone. Modeled after the Aye-Aye lemur, this moody monkey can spit out different colored poisons and use them to paint symbols.

Essentially, it is Pokemon’s resident graffiti artist. Its poison is especially deadly against Bug Pokemon and can immobilize enemies for an extremely long time.

Thanks to the fact it uses its fingers as a paintbrush and poison as its paint, it has the ability Poison Point which can inflict Poison on anyone it attacks. Alternatively, it may also have the ability Unburden, which makes it twice as fast if it loses a held item.

Klawf is an Ambush Pokemon, meaning players can expect it to jump down at them while they’re roaming the wilds.

Perhaps the scariest aspect of Klawf is its ability to rotate its eyeballs by 360 degrees. There’s no escaping its gaze!

It can also grab you with one of its giant claws and bash you with the other until you break. To make matters worse, if it loses a claw, it can just grow it back a little later on.

Its thick armor grants it the ability Shell Armour, which protects it from critical hits. It also has a brand-new ability never before seen in a Pokemon game called Anger Shell which increases its Attack, Sp. Atk, and Speed – at the expense of its Defense and Sp. Def – when its health drops below 50%.

Players should expect to see a Titan Klawf in Pokemon Scarlet & Violet’s Path of Legends!

Now, whether or not you agree that Pokemon should be driven around like motorbikes, it’s hard to deny that Cyclizar looks great. Apparently, this Mount Pokemon doesn’t even mind being ridden – in fact, it may even love it – as it helps to keep it warm.

When being used as a mode of transport, Cyclizar can reach over 70 mph all while keeping its rider safe and sound. Don’t worry though, its strong tail is just as good for knocking enemies down in battle as it is for keeping itself steady while running.

It also comes with a brand-new move called Shed Tail. This allows it to substitute part of its own health to create a perfect copy of itself, before switching out with a party member.

Cyclizar also comes with the ability Shed Skin, which has a chance of healing any non-volatile status effects at the end of a turn. Essentially, it’s a self-repairing bike!

Cetitan’s immense size and weight are not only referenced in its name, but also in its impressive design. Their bulbous body is packed full of muscle, allowing them to launch themselves at enemies and deliver deadly blows.

They can also make the temperature around them ice cold thanks to the sharp horn on their upper jaw. It’s fair to say this Terra Whale is not one to mess with.

Its abilities also reflect its enormous stature and skills in the snow. Thick Fat reduces incoming Ice and Fire attacks by 50% and Slush Rush doubles their speed during a hailstorm.

A new Pokemon World Ecological Society showcase revealed the existence of a Pokemon similar to Diglett, native to Paldea. Not much is known about this new creature just yet, but researchers determined that it is not a Paldean Diglett.

Instead, leaks suggest that Wiglett is our first ‘convergent’ Pokemon, a Pokemon that is very similar but evolved differently to Diglett. One thing’s for sure though – the new Diglett is a living nightmare in Pokemon Scarlet & Violet.

Ceruledge is a Pokemon exclusive to the Violet version. Its ethereal and ghostly design reflects this with purple hues being woven into its flame swords and armor.

It is with these swords that Ceruledge will be dealing all of its damage. With moves like Bitter Blade – an attack that turns lingering regrets into a deadly strike –, this Fire Blades Pokemon is sure to wreak havoc on your enemies.

Its eternal flames keep it warm, with even its ability, Flash Fire working when it is frozen. You’ll get a 50% boost to Fire attacks with this ability too, making it a truly fearsome Pokemon.

Armarouge is the counterpart to Ceruledge and is exclusive to the Scarlet version. Whereas Ceruledge has a design centered around swords, Armarouge instead focuses on sturdy armor to see it through tough battles.

Apparently, Aramrouge’s armor is imbued with psychic energy, the remnants of its previous owner. It uses this energy to unleash deadly psychic attacks and control the flames within its body.

This brave Pokemon that will never back down from a challenge comes with its own special move. Armor Canon sees Armarouge using its pauldrons as canons – lowering its Defense and Sp. Defense – to fire a powerful blast at enemies.

Like Ceruledge, Aramrouge also has the Flash Fire ability, granting it the same effects.

There isn’t much known about Miraidon at this current time. It’s the Violet exclusive legendary and has a more futuristic vibe compared to its counterpart, Koraidon.

While most of the details surrounding this legendary are “shrouded in mystery” according to The Pokemon Company, we do know some things.

Also, its name roughly translates to Future Lord, with Mirai in Japanese meaning future and Don in Spanish being an honorific for Mr. So, pretty in keeping with the overall themes of Pokemon Violet!

Like Miraidon, information about the Legendary Koraidon is scarce. We do know that it is exclusive to Scarlet and its design reflects the game’s themes of the past and history.

Its name roughly translates to Ancient Lord, with Korai meaning ancient in Japanese and of course, Don being an honorific in Spanish.

So, that’s everything that we know. Of course, there have been over 72 Gen 9 Pokemon that have been leaked for the game, although these remain unconfirmed as of now.

If you’re still wondering what the differences are between Scarlet & Violet, we’ve got a full breakdown for you!

However, until we get more teasers and trailers like the one that revealed Team Star and Mela, we’ll just have to wait to see what’s in store. 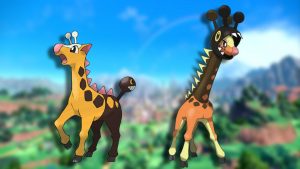 Pokemon Scarlet & Violet: All 72 Pokemon Leaked for Gen 9 So Far
2 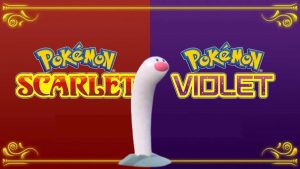 Wiglett, a New Diglett-Like Pokemon, is a Living Nightmare in Pokemon Scarlet & Violet
3 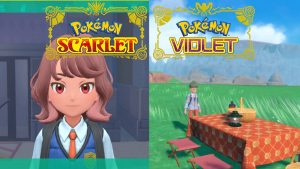 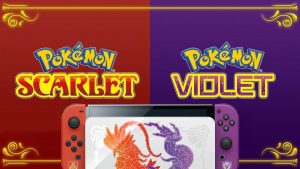 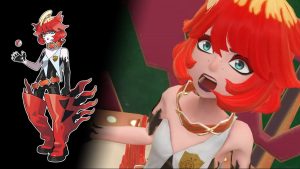 Who Is Mela From Team Star in Pokemon Scarlet & Violet? 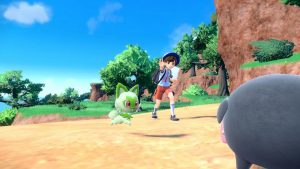 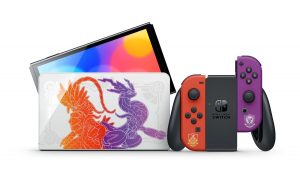 Wiglett, a New Diglett-Like Pokemon, is a Living Nightmare in Pok…