If you want to start your journey in Hisui with the right foot, picking the right starter in Pokemon Legends Arceus is vital!

Pokemon Arceus finally lets us take a look at the Hisui region. This region might be familiar for those who played Pokemon Diamond and Pearl or the remakes Brilliant Diamond and Shining Pearl.

The Hisui region is a distant past of what we now know as Sinnoh. According to Nintendo itself, Hisui brings us back to a period where humans and Pokemon did not live in proximity and peace.

These wildlands offer a lot of firsts in the series like mounts, gliders, new battle mechanics, and of course, new Pokemon.

To start your journey in this distant and wild yet familiar land, you will need the best companion starter Pokemon.

The starters are not from a single generation for the first time in the series. So, you will need all the information possible to select the best starter in Pokemon Legends Arceus!

Which Starter Pokemon Should You Choose in Pokemon Legends: Arceus

Disclaimer: This article is based on starter information already available and does not consider any possible Hisuian forms. If any Hisuian forms are officially confirmed, the article will be updated accordingly.

In Pokemon Legends Arceus, you will choose from Cyndaquil, Rowlet, and Oshawott. Rowlet is the best all-around option out of these choices due to its dual-type and all solid Defense stats.

One thing to consider is how your starter Pokemon will fare in all your journey across Legends Arceus. From the get-go, Rowlet offers a dual-type strategy. This Pokemon is a Grass-Flying type.

On the other hand, Cyndaquil and Oshawott are solid Fire and Water types, respectively. This double-type strategy does include a handicap. Rowlet being a double type also means he is weaker against more attack types.

In detail, Rowlet is weak to Flying, Poison, Rock, Fire, and Ice moves. But, this Pokemon also sports a pretty good Defense and Sp. Def stats, which helps compensate for its weaknesses.

Due to its dual-type, Rowlet can learn a varied move set, effective against more Pokemon. Rowlet learns Normal, Grass, Flying, and Ghost-type moves in its first fifteen levels, making it a fantastic all-around option.

In addition to its move set, Rowlet’s final evolution, Decidueye, goes even further with the double-type strategy. Decidueye is a dual Ghost-Grass type, offering the most radical final evolution type change in a starter Pokemon.

Oshawott and Cyndaquil remain single-type Pokemons all along their evolutionary line. This difference makes them good options but also leaves less room for strategy as the game progress.

Leveling up Rowlet and battling with it can require some strategy, but ultimately it is worth it, making it the best starter in Pokemon Legends Arceus.

If you have already chosen your starter, there are many cool things to do in Hisui!

We know choosing only one is complicated, so here is how you can catch the starter Pokemon in Legends Arceus!

As well, you might want to start with the basics before heading out to Hisui! Here is how you can catch Pokemon in Legends Arceus.

Lastly, if you are a fan of the series’ mythicals, here is how you can catch Darkrai and Shaymin in Pokemon Legends Arceus.

Yeah no the Hisuian forms change all this, guy doesn't know what he's talking about

Actually in this game Decidueye is Grass-Fighting type

This guy has no idea what he is talking about lol

Have you seen the leaks at all?

How to Change Pokemon in Party - Pokemon Legends Arceus
5

Pokemon Legends Arceus: How to Evolve Rhyhorn & Rhydon to Rhyperior 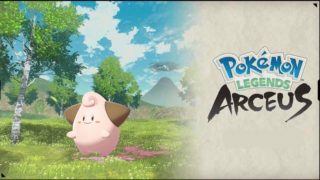 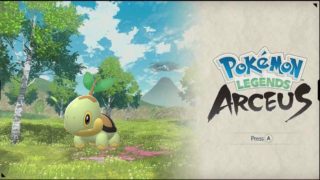 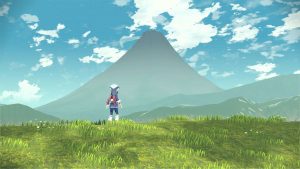