When a new Nintendo Direct rolls around, you just know that the internet is going to lose its mind with excitement. And it has to be said, this Pokemon Presents showcase did not disappoint!

Finally, after months of waiting, we have news about Pokemon Legends: Arceus, the upcoming open-world Pokemon title for Nintendo Switch. And we even got the mobile release date for Pokemon Unite too!

It’s not too long until Pokemon Legends: Arceus’ release date, so it’s about time we got to see more gameplay. And now we’re more hyped for the upcoming title than ever before.

Don’t forget that we got major leaks about Pokemon Legends: Arceus’ combat and more here!

It seems that Pokemon Legends will have new Pokemon to capture as we enter the Hisui Region!

Pokemon Legends: Arceus may be drawing from the Sinnoh region for inspiration, but the ancient Hisui region has some unique Pokemon of its own!

First up is Wyrdeer, the evolved form of a Stantler who has managed to live in the harsh natural environment of the Hisui region.

Next, Basculegion is a Basculin evolution that occurs when the Pokemon becomes possessed by the restless souls of others of its kind that perished during their journey upstream.

On top of that, we have Hisuian forms for both Braviary and Growlithe – and we’re certain more are soon to follow!

We even got to see players riding their Braviary through the sky, with Pokemon Legends: Arceus’ glider feature. Mount up on your Wyrdeer for a speedy ride along the ground, or climb aboard your Basculegion to race through the region’s lakes and rivers.

It’s worth noting that we recently heard that Pokemon Legends Arceus would get a big upgrade on Nintendo Switch Pro. After all, the game’s first trailer was a little low on the frame-rate side of things.

But Nintendo is now confirming that a Nintendo Switch Pro is not in development! And this new trailer reveals that the game is looking a lot better after a few months of progress too.

Ever since the game’s first trailer, we’ve been wondering how catching and battling Pokemon works in Pokemon Legends: Arceus. As it turns out, the process is relatively simple.

Many Pokemon may not need players to battle them before catching, Pokemon Presents reports. After all, only hostile Pokemon will require players to send out a Pokemon of their own.

Simply approach a wild Pokemon, or sneak up on it if it’s timid, and throw a Pokeball to attempt to catch it. Of course, with hostile Pokemon, you’ll need a companion by your side.

Take enough damage from a wild Pokemon and you’ll black out, so send out a Pokemon to help weaken the wild creature. Then, use Pokemon Unite’s seamless battle transition to lower its HP.

Like traditional games, players will be able to use a selection of moves in turn-based Pokemon combat. However, Pokemon may actually get multiple moves in a row, based on their Speed stat.

The Pokemon Presents showcase also had more to show us about Brilliant Diamond and Shining Pearl, which recently got big graphical upgrades!

Meanwhile, a lot of Pokemon fans have been making do with Pokemon Unite, the latest free-to-play MOBA on the scene. After today’s massive Pokemon Unite patch, it’s the perfect time to jump into the Nintendo Switch title!

But before you do, check out our Pokemon Unite Tier List to help you choose your starter.

And if you’re thinking of buying the new Nintendo Switch OLED edition, this Nintendo employee recommends that you don’t! 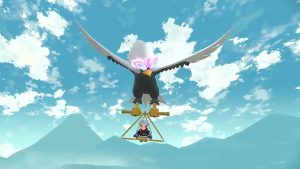 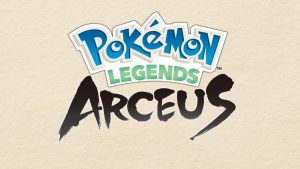 Pokemon Legends Arceus: How Challenging Is It?
3 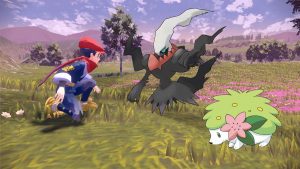 Pokemon Legends Arceus: How to Catch Darkrai and Shaymin
4 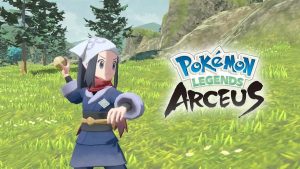 How to Catch Pokemon in Pokemon Legends: Arceus
5

Pokemon Legends Arceus: How Challenging Is It?…

Pokemon Legends Arceus: How to Catch Darkrai and Shaymin…
Recommended