A new Pokemon GO update has made getting Remote Raid Passes not only much more difficult but also more expensive!

Raids are some of the most rewarding things to do in Pokemon GO. Not only do they give you the opportunity to catch the Pokemon you beat, but they reward you with a load of XP and great items too.

Even if you do more damage if you beat raids in person, there is also always the option to tackle them from a distance. Although, you’ll need a Remote Raid Pass to do so.

While Remote Raid Passes have been pretty easy to get in the past, a new update has made these items significantly harder to get. Here’s how the latest Pokemon GO has changed how you can get Remote Raid Passes.

Pokemon GO Niantic has announced some major changes to how you can get Remote Raid Passes. However, they aren’t for the better.

Firstly, the developer announced a major change to the 1-Coin Event Boxes that players can purchase every week. Instead of a Remote Raid Pass, these Event Boxes now include a “rotating array of items instead”.

Therefore, this means that Niantic has effectively removed the almost-free Remote Raid Pass that all players get every week. This change was enacted on May 23, 2022.

However, this isn’t the only change that has made getting Remote Raid Passes more difficult.

In addition to the Event Box changes, Niantic has also increased the price of 3 Raid Passes in the shop from 250 coins to 300 coins. This means that you no longer save money by buying a bundle of 3.

Even if these changes have made getting Remote Raid Passes more difficult in Pokemon GO, there were a couple of improvements in the update too.

Fans love the new and improved Mega Evolution system and it is now much easier to add all of the Mega Pokemon in Pokemon GO to your Pokedex!

This should help soften the blow somewhat. However, Remote Raid Passes being much more difficult to get is a major disappointment for many Pokemon GO fans.

It’s not all bad news for Pokemon trainers though. You can now get free Pokemon GO Amazon Prime Gaming rewards! 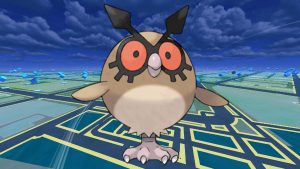 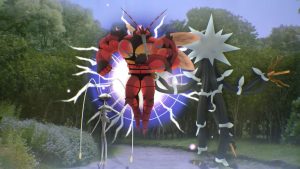