Here’s our ultimate guide on Raid Hours in Pokemon GO, including what they are, how often they appear, and more!

Pokemon GO is full of incredible and exciting events. From the fairly common Spotlight Hours, all the way to the annual GO Fest!

Taking part in these special events will get you some great Pokemon to add to your Pokedex, or sometimes some extra bonuses!

Here’s everything you need to know about Pokemon GO’s Raid Hours!

What are Raid Hours in Pokemon GO?

Raid Hours are weekly events where one featured Pokemon or a particular group of featured ‘Mon appear more frequently in Raids.

These events feature Legendary or Mythical Pokemon. And sometimes, these Pokemon will have exclusive attacks.

Raid Hours are global, so trainers can take part in the event anywhere in the world so long as Pokemon GO is available.

Can You Catch a Shiny During Pokemon GO Raid Hours?

Yes, you can catch a shiny during Raid Hour. However, there needs to be a shiny version of the featured Pokemon in the game.

For example, if Raid Hours were to feature Giratina or Mewtwo, you’d be able to get a shiny version if you’re lucky.

However, if the Pokemon is a newer addition, it’s unlikely to have a shiny variant in the game yet.

If you want to find the odds of catching a shiny during Raid Hours, check out our Pokemon GO shiny odds guide.

How Often Are Raid Hours in Pokemon GO?

Sometimes, there may also be extra Raid Hours during events. However, these are uncommon.

Niantic usually lets players know the schedule via the Pokemon GO site for Raid Hours for the next month before the current month ends.

So, if it’s coming up to Wednesday, you know to expect a Raid Hour.

What Time Does Raid Hour Start in Pokemon GO?

Local time means that no matter where you are in the world, these events will start at 6 PM in your time zone.

How Long Are Raid Hours in Pokemon GO?

Raid Hours last one hour, or 60 minutes, as the name implies.

As soon as it reaches 7 PM local time, Raid Hour will finish. Afterward, Raids will occur as they normally do in the game.

While active, you’ll want to take advantage of the event and get any missing and rare Pokemon in your Pokedex. Here are some tips to help you during Raid Hour: 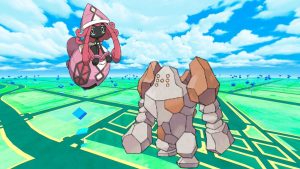 That’s everything you need to know about Raid Hours in Pokemon GO. Now, you should be ready for when the next one arrives!

How to Beat Noibat Raids in Pokemon GO & Best Counters