Read on to know how to easily beat Moltres in Pokemon GO, as well as the moves and stats it has when caught!

This fiery Pokemon is the last of the legendary bird trio to appear in raids this July. It will be available from July 14 – July 22.

From July 1, players will have been able to catch all 3 birds!

Moltres comes just before Dialga in the raids, as well as being available at the same time as Mega Pidgeot.

This raid boss is a Fire/Flying type Pokemon meaning there are only 3 types that are super effective against it. These are:

However, to make up for this double weakness against Rock Moltres has a plethora of types it is resistant to:

Most of these types will deal 63% damage. Grass and Bug are the exceptions, dealing a measly 39% damage and as such, should be avoided as much as possible when challenging this raid.

Best Pokemon To Use In Moltres Raids

Below is a list of the top 5 Pokemon we recommend using against the Moltres raid! It is in no particular order, but the Pokemon are picked due to their access to moves that are super effective against the boss!

Like the other legendary birds, Moltres has the possibility to be shiny when caught. Its stats are also quite impressive!

The impressive attack stat makes it perfect for taking on tough raids! Furthermore, it has access to the following moves:

Moltres is just one of the many legendaries fans are asking Niantic to add back into Research Breakthroughs.

Although given the fact that many fans found July’s Community Day reveal to be disappointing alongside them calling the new Weekly Event Box “worthless”, it’s unknown if Niantic will listen.

Hopefully, the leaks showing new Hisuian forms will appease fans slightly. If not then perhaps fans will be excited for over 50 Pokemon to be added to the game! (Including Cowboy Snorlax!) 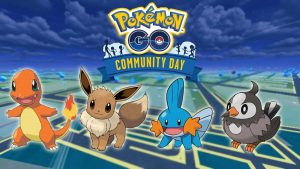