If you want the powerful Pokemon on your team, you’ll need to know the best counters and weaknesses for Mega Glalie in Pokemon GO.

Pokemon GO has a brand-new Mega Raid dropping, and only the most prepared of players will be able to take it on.

Thankfully, as strong as Mega Glalie is, the Pokemon does have a few weaknesses for trainers to exploit when challenging it in Mega Raid Battles.

How to Beat Mega Glalie in Pokemon GO Raids

To beat Mega Glalie in Tier 4 Pokemon GO Raids, it’s best to bring a team of at least 4 trainers with strong counters to the Raid Battle.

While it’s possible to take on this Raid with fewer trainers, you’ll need some seriously strong Pokemon in order to do so.

Next up, check out our top tips to win any Pokemon GO Raid, and then find out the best counters for Mega Glalie Raids below.

What Type is Mega Glalie?

Mega Glalie is an Ice-type Pokemon, not being one of the few creatures that gains a secondary typing through Mega Evolution.

Its Ice-typing means that it is only resistant to one type of attack, while unfortunately having 4 weaknesses to worry about.

Mega Glalie is weak to the four typings listed above, taking 160% damage from attacks of those types.

Ice-type moves are the only moves that Mega Glalie resists. Ice attacks will deal only 63% of their usual damage when used against the Raid Boss.

The best counters to use in Mega Glalie Raids are Terrakion, Mega Blaziken, Reshiram, Pheromosa, and Metagross.

However, any Pokemon that can resist Ice and deal heavy Fighting, Rock, Steel, or Fire-type damage are also great options to bring to the fight.

These are the top Mega Glalie counters and their best movesets for this Raid Battle:

When Is Mega Glalie in Pokemon GO Raids?

Mega Glalie is making its debut in Pokemon GO Raids from Thursday, December 15 – Friday December 23. The Pokemon will arrive and leave Raids at 10 AM local time on the aforementioned dates.

Since this is the first time the Pokemon has ever been available, there are sure to be plenty of people raiding to acquire Mega Energy.

After you’re all done raiding, don’t miss out on the rest of Pokemon GO’s December event schedule!

Is There Shiny Glalie in Pokemon GO?

Yes, Shiny Glalie is in Pokemon GO and it is possible to encounter the shiny variant after beating the Mega form in Raid Battles.

Shiny Glalie looks very similar to its usual color palette, only the Pokemon will have red eyes instead of blue!

Check out our Pokemon GO shiny odds guide to find out how likely you are to encounter a Shiny Glalie.

The best moveset for Glalie is Frost Breath and Avalanche, making it one of the strongest Ice-type attackers in Pokemon GO in its Mega form!

Alternatively, you could use Shadow Ball or Gyro Ball to give PVP trainers a Ghost/Steel surprise. But as much as it makes Glalie a one-trick-pony, you’d be better sticking with Ice.

Glalie can learn the following attacks in Pokemon GO:

Glalie already boasts some decent stats but Mega Glalie is definitely one of the most powerful attackers to have on your side. Here’s a full stat breakdown for the Pokemon before and after Mega Evolving:

Find out every Mega Pokemon in Pokemon GO here! 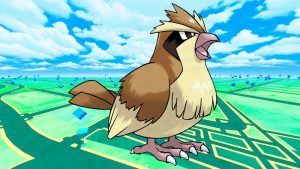