Pokemon GO has multiple challenges to complete that require players to trade with a friend. Here’s how to get around the distance requirements.

Trading in Pokemon GO isn’t the easiest of processes. Despite the game being playable around the globe, Niantic really wants to make players interact with others face-to-face.

That’s probably why the Pokemon GO developer is making Remote Raiding harder than ever right now. And in an uncertain world still getting over a global pandemic, this is causing a lot of players to complain.

Recently, Pokemon GO launched its crossover event with the official card game. And those who don’t want to miss out on all the Pokemon TCG event rewards will need to do some trading.

But if you don’t have a friend nearby to help, it’s hard to trade Pokemon in Pokemon GO. Thankfully, we’ve got a solution or two for you.

Pokemon GO: How to Trade Pokemon Without Friends Nearby

There are several ways to get around the Pokemon GO trade distance restriction. Usually, trading only works when you’re closer than 100 meters to another player, but there are a couple of ways to trade without the need for a friend.

First of all, a lot of Pokemon GO players have recommended using two different Pokemon GO accounts, to trade Pokemon between them. This will certainly help you with your trading challenges in a pinch, but it’s technically against Terms of Service.

Niantic considers having 2 accounts as a form of cheating, and it’s even a bannable offense. However, it’s not uncommon for Android users to download one copy of Pokemon GO from the Google Play store and another from the Samsung store or an online APK.

On Android devices you can run the two apps at once using split-screen. But for iPhone users, it’s still as simple as logging into a tablet or spare phone with your second account.

Of course, even if you don’t know any other players, there may still be someone in your household or nearby that’s willing to download the app just to trade with you. We’re sure a lot of siblings or partners have been forced to make space on their phones for this very situation.

You can also get around the trade distance restrictions during specific trade-focused events. In the past, Niantic has temporarily raised the trading limits to much larger distances, making it easier to trade with your friends list.

However, waiting around for the next time the trading limit rises just isn’t possible when there are challenges to complete. And because of that, players need to rely on another person – or at least another device.

Plus, challenges aren’t the only reason that players need to rely on trading. All these Pokemon are region-exclusive in Pokemon GO, which means you either need to trade, or hop on a plane!

It’s not just long-distance trading that used to be better in the past. Pokemon GO players are petitioning Niantic to put Legendaries back in Research Breakthroughs.

After all, it’s hard enough to get your hands on the rarest Pokemon in Pokemon GO as it is! How many of our list do you have in your Pokedex?

My grandchildren got me into Pokemon go, now they have stopped playing so I no longer have anyone to trade with. Now the things that require me to trade are things I can't do because the friends I have that play are way farther than 100km.

@carolyn, I use an app to do raids long distance; I don't spend money to play if I can keep from doing so. Raid finder helps a lot; that's how I've gotten a lot of my friends and my legendary pokemon

Pokemon GO Anniversary Event Research: How to Battle Another Trainer With Your Buddy
1

Pokemon GO Anniversary Event Research: How to Complete & Get Rotom
2 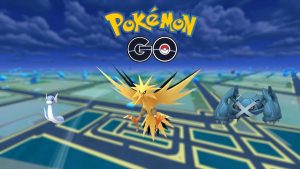