Pokemon GO Community Days are usually the highlight of any Pokemon trainer’s month, although it does depend on what Pokemon is featured.

While many players were disappointed with the Starly Community Day, Galarian Zigzagoon is a better choice for a featured Pokemon.

Here’s everything you need to know about the Galarian Zigzagoon Community Day in Pokemon GO!

The August 2022 Pokemon GO Community Day featuring Galarian Zigzagoon will be on August 13 from 11 AM – 2 PM local time.

This will likely cause more complaints from fans who hate how short 3-hour Community Days are!

Throughout this period, the Galarian form of Zigzagoon will appear more frequently in the wild. Luckily, there is now an IV filter to search for Pokemon so sorting through the Zigzagoons should be easy.

Additionally, there will be a number of event bonuses as well as Raids and Research for players to take part in. There will even be some Zigzagoon stickers in the Shop too.

Just be aware of Pokemon GO’s weather warnings if you plan on taking part in the event!

These bonuses will be active during the 3-hour Community Day event:

Meanwhile, these bonuses will last a few hours longer, from 11 AM – 7 PM:

Additionally, evolving Galarian Linoone into Obstagoon during the Community Day or for up to 5 hours after, it will learn a special charged attack, Obstruct.

Next, you’ll also want to work together as a team, on Galarian Zigzagoon Community Day, thanks to this bonus.

If players use a lure to catch enough Pokemon at a single Pokestop, Galarian Linoone will appear. This will save you plenty of Candy!

There will also be some great Timed Research for players to complete on Galarian Zigzagoon Community Day.

If you catch 100 Zigzagoon from 11 AM – 7 PM, you will be able to unlock 4 great Obstagoon-themed Avatar items. These are a hat, glasses, gloves, and a pose!

Of course, for paying players, there will also be a Special Research Story available to complete during her Community Day.

The Field Notes: Galarian Zigzagoon Ticket will go on sale for 1$ (or local equivalent) shortly before the Community Day.

Finally, there will also be a limited-time, increased difficulty 4-star Raid battle with Galarian Linoone from 2 PM – 7 PM, after the Community Day ends. However, you will only be able to take part in these Raids in person – that means no distance Raid Passes!

Beating one of these Raids will also make more Galarian Zigzagoon appear nearby for 30 minutes!

And that’s everything you need to know about Galarian Zigzagoon Community Day in Pokemon GO. Make sure to stock up on Pokeballs beforehand!

In other news, a datamine has revealed over 50 new Pokemon coming to Pokemon GO. What’s more, another Mega Pokemon is on the way too! 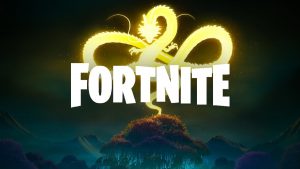