These are all of the best Pokemon you can use in the GO Battle League’s new Hisui Cup. You’ll easily win with these Pokemon on your Battle Team!

PvP battling in Pokemon GO is all about having the best Pokemon for the job. However, with every GO Battle League tournament having different rules, you’ll need to switch up your team depending on what cup or league you’re entering.

The new Pokemon GO Hisuian Discoveries event is a celebration of the Hisui Region. Therefore, it’s no surprise that there’s a Hisui-themed cup in the GO Battle League too.

You’ll need to use your best Pokemon from this region to win your battles in the Hisui Cup!

The Pokemon GO Hisui Cup started on July 27 and will be active in the GO Battle League for a whole week.

The Hisui Cup will then rotate out of the GO Battle League on August 2, when the Hisuian Discoveries event ends.

Be sure to check out the Pokemon GO Battle League Season 11 Schedule to see what cup will be replacing it.

This certainly limits your options a lot, but with three new Hisuian Pokemon added to the game this week, the selection might not be as restrictive as it first seems.

Lucario, Bastiodon, and Abomasnow are the best 3 Pokemon to pick for your Hisui Cup Battle Team. Before you power them up, you’ll want to use the new Pokemon GO IV search filter to find the most powerful versions of each of these Pokemon.

First up, Lucario could be the best Pokemon for the Hisui Cup. As one of the best Fighting-types in the game, it resists Dark, Dragon, Grass, Ice, Normal, Steel, Poison, Rock, and Bug

What’s more, thanks to its very high Attack stat, it can do some huge damage with the right Moves. These are the strongest Moves for Lucario:

Next, you can’t go wrong with Bastiodon in Pokemon GO PvP – its Defense is so high and it is only weak to Ground, Fighting, and Water. This makes is extremely tough to take down for almost every Pokemon in the Hisui Cup.

These are the best Moves for Bastiodon:

We recommend using Abomasnow to complete your Pokemon GO Battle Team for the Hisui Cup. A strong all-round Pokemon that is another PvP favorite, Abomasnow is a

These are some other powerful Pokemon to use in the Hisui Cup:

Although, if you want to use Sneasler, you’ll first have to find out how to evolve Hisuian Sneasel in Pokemon GO.

Good luck battling in the Pokemon GO Hisui Cup! Use these Pokemon and you’ll be able to take down your opponents with ease!

In other news, there’s plenty of new content in Pokemon GO right now. Be sure to find out how to complete the Hisuian Discoveries Collection Challenge.

What’s more, you’ll also want to know how to catch Galarian Zapdos, Moltres & Articuno. These new Legendary Birds can only be caught in one particular way! 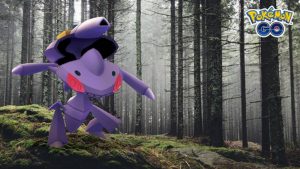 Elden Ring Ranni Quest Guide: How to Get the Dark Moon Greatsword…