Find out everything you need to know about the upcoming Pokemon GO Battle Day featuring the Fighting-type ‘Mon Mankey!

While the main focus of Pokemon GO is catching will Pokemon and completing the Pokedex, there’s also battles to compete in.

And to celebrate the battles in Pokemon GO, the game is holding a Battle Day with e featured Pokemon – Mankey.

Here’s everything you need to know about the Mankey Battle Day in Pokemon GO.

But first, don’t forget about all of the new content in the Pokemon GO TCG Crossover event!

There are also a number of details about the featured Pokemon, bonuses, Timed Research, and active Battle Leagues you’ll want to know for GO Battle Day.

Of course, the featured Pokemon for the day is Mankey. This means you’ll be able to encounter the Fighting-type ‘Mon as a reward for battling.

From 11 AM – 2 PM local time, Mankey will be a guaranteed reward encounter for the first win on the Basic Track.

Meanwhile, on the Premium Battle Pass Track, all of the rewards will be encounters with Mankey.

Additionally, you can evolve Mankey into a Primape with the Charged Attack Cross Chop from 11 AM – 4 PM local time on GO Battle Day.

These are the bonuses for GO Battle Day: Mankey in Pokemon GO:

During the Pokemon GO Battle Day: Mankey, there will also be Timed Research for players to complete. Finishing them will give Pokemon trainers these rewards:

Read More: How to Get Elite Fast & Charged TM in Pokemon GO

Finally, there will be two Battle Leagues active during GO Battle Day: Mankey. These are:

Find out the best Pokemon GO Fossil Cup Battle Team to win more of your matchups!

And that’s everything you need to know about the Pokemon GO Mankey Battle Day. Good luck with your battles!

Also, make sure to check out handy guides on the latest Pokemon GO event: 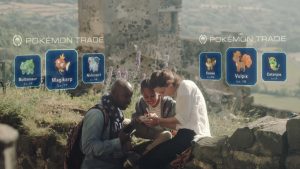 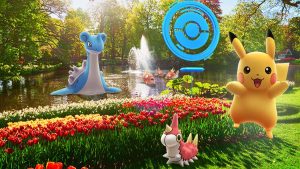