Players Are Getting Terrified Over Warzone’s Jumpscares 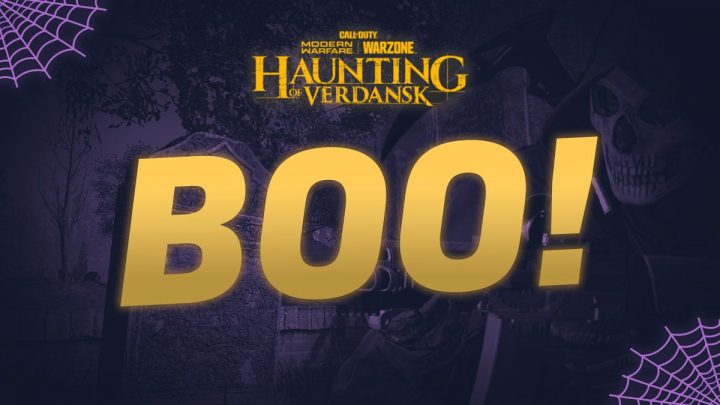 Call of Duty: Warzone just became a lot scarier, and players are getting terrified over the game’s jumpscares.

Call of Duty’s latest Halloween event is the stuff of nightmares, despite its entertaining contents. The update brings an incredible new Zombie Royale experience, a nighttime version of Verdansk, and a few new spooky goodies.

However, the Haunting of Verdansk also contains its fair share of scares too. There are new horror movie skins, oozing blood flowing up to ceilings, specters in the dark, and a host of new jumpscares.

The latter frights are reminiscent of YouTube’s popular ‘Screamer’ trend. The videos had viewers expecting one thing before a loud scream and ghastly face flashes on the screen.

Now, these screamers are found in Warzone too, and they’re causing chaos. Every time a supply bin is opened, there’s a chance to encounter the jumpscares, and players are getting terrified.

At the end of the day, these jumpscares aren’t as bad as some of YouTube’s finest. However, it’s easy to forget about the possibility when you’re looting in a hot area.

What’s more, Warzone players are often giving the game every ounce of their attention in an attempt to win. When something bursts onto your screen to startle you, it can be particularly frightening.

Some users are also reporting that the screamer audio is incredibly loud and hurts their ears. While the screamer’s visuals are relatively tame, it’s the audio that’s got Warzone players terrified.

Players are even going as far as to mute their headsets when looting in the game, to avoid jumpscares. However, this gives them a major disadvantage when compared to enemy players.

Some Warzone fans are even avoiding the battle royale entirely until the two-week-long event expires. Others are persevering, in the hopes of getting their hands on the new Haunting of Verdansk Legendary weapon blueprint.

One good thing about the new jumpscares is that they’re leading to some hilarious reaction videos. Right now, the Warzone subreddit is filling up with users laughing at their own terrified reactions to the game’s jumpscares.

Warzone - Are The Raider Stock & Pad Attachments Still Worth Using?
5

Best AMAX Loadout in Warzone Season 3 After the Nerf

Are Warzone Cheaters Getting Worse? - May 2021…

How to Watch E3 2021 - Online Portal and App Details Revealed…

Sony Working On 25 New First-Party PS5 Games, Including Many New …

Warzone - Are The Raider Stock & Pad Attachments Still Worth Usin…