Last time it was Gran Turismo 7; this time, Playstation’s State of Play took us to the Wizarding World of Hogwarts Legacy.

Despite fans questioning JK Rowling’s involvement in the project, anticipation for Hogwarts Legacy couldn’t be higher.

And now, at the latest State of Play, we finally have our first look at what Hogwarts Legacy will look like with over 14 minutes of brand new gameplay.

In the latest State of Play, Hogwarts Legacy revealed over 14 minutes of gameplay showcasing part of the wizarding world that fans will be able to explore.

In Hogwarts Legacy, you will be able to meet and interact with a slew of professors that will be new to the series.

The game takes place n the 1800s, meaning that the whole faculty will be new to players, but thankfully some familiar faces will make an appearance.

Players will also be able to partake in duels during their studies. Learn to brew potions, and they’ll even be able to explore Hogwarts unlike ever before.

The story of Hogwarts Legacy will take players through a darker side of the Wizarding World where evil goblins and dark wizards have joined together to wreak havoc.

Thankfully, players will have plenty at their disposal to combat these magical threats. There will be plenty of players’ spells to learn and even talents and gear for them to upgrade.

This will allow players to develop relationships with other stories and gain new companions to take with them on their adventures. As you progress through the story, you will learn more about these companions and strengthen your relationships.

Hogwarts Legacy is set to release this Holiday Season, but until then, make sure you’ve brushed yourself up on all your spells before you dive back into the Wizarding World.

And while you’re waiting, don’t forget to check out another new IP that looks to transport you to a supernatural occult world filled with mysteries, Ghostwire: Tokyo. 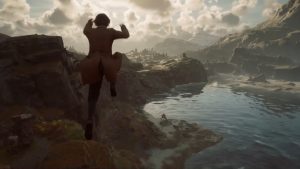 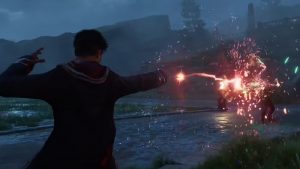