The Nintendo Switch OLED scarcity is real, so, what are your chances of getting one in-store on launch day? Let’s talk about that!

Nintendo has been making the headlines recently.

As well, its upcoming Metroid Dread releases on the same date as the Nintendo Switch OLED console.

So, if you were not able to land a Nintendo Switch OLED during its pre-order window, in-store stock is your next best bet.

Will You Find a Nintendo Switch OLED In-Store on Launch Day?

Many gamers are still looking for options to get their console, as all pre-orders are now out of stock.

Some people are stating that their local GameStops will carry some Nintendo Switch OLED units at launch.

Although these are rumors, it is always likely that a last-minute cancellation happens and that console might become available for purchase.

Some gamers are already receiving shipping dates from retailers, so it is likely cancellations can happen at this point in time.

Other users provided a bit more insight and even provided tips on how to land a Nintendo Switch OLED.

We reached out to GameStop via chat and it stated that they can’t confirm Nintendo Switch OLED launch units for the time being.

GameStop did mention that it was a good idea to keep track of your local store’s social media accounts just in case some stock becomes available.

Additionally, we reached out to Best Buy via chat and it confirmed they expect in-store restock for the Nintendo Switch OLED.

When asking this, we provided the SKUs for both the Neon Red & Blue and White models.

According to the Best Buy representative, both Nintendo Switch OLED models are expected to be restocked in-store.

Our advice is always to reach out to your local Best Buy on October 7th to verify your store will be participating in the restock.

I have to agree with the GameStop ‘rumors’, at least for in my area. I called MANY different GameStops, over 5. Only one said they would not have any available for walk-ins in store. Some stores only had the red and white, but others carried both. Hope this helps!

@Connor, red and blue, I am very sorry, I’m tired…

How to Buy a PS5, Xbox Series X, or Nintendo Switch OLED From GameStop
5 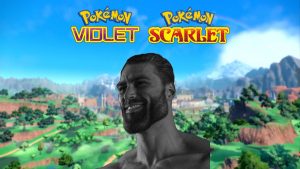 Nintendo Indie World May 11 Stream - Where to Watch & Time