The Nian Challenge is a new Marvel Snap event to celebrate the Lunar New Year. The event will run from January 13-30 and offer players a chance to earn some free rewards by working together to defeat the Nian Beast.

The event’s storyline follows an attack on a village by the Ancient Legend known as the Nian Beast, which fears both loud noises and the color red. As such, Shang-Chi and his partners need assistance gathering Firecrackers to defeat the threat.

Players don’t need to opt into this global challenge, which is visible on the Marvel Snap main menu. It will already be tracking your progress which is based on matches played.

And by the time the event is over, Marvel Snap players will finally be able to battle their friends!

How to Get Firecrackers in Marvel Snap Nian Challenge

However, using Shang-Chi, Colleen Wing, Armor, or Psylocke in your games will double the number of Firecrackers you earn.

Players should also be sure to Snap in their games when they’re certain of victory, in order to double the number of Cubes (and therefore Firecrackers) earned for winning.

That said, a daily limit of 300 Firecrackers for each player is in place, ensuring that the challenge isn’t too easy to complete.

Here are all the rewards that are available to be earned in the Nian Challenge event in Marvel Snap:

Since this is a worldwide challenge, it’s likely that it will be completed by the game’s community rather easily. Therefore, even if you don’t play a lot, you’ll be able to sit back and enjoy some free rewards.

Check out some of the best Marvel Snap decks you need to be running below: 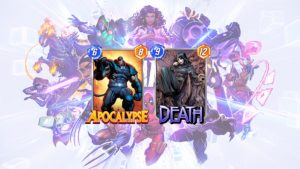