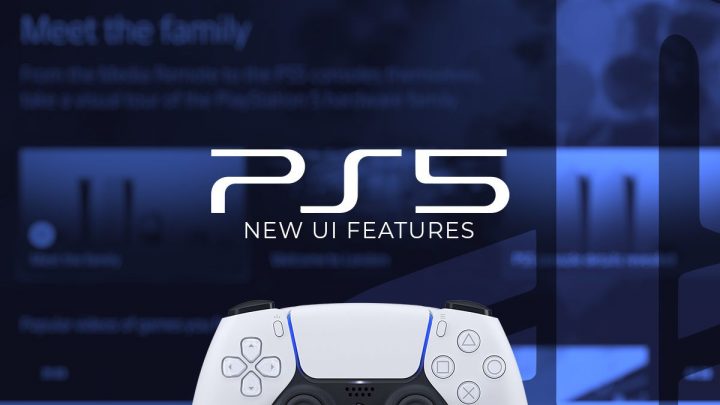 One of the most exciting parts of getting a new console is seeing its UI in action. The PlayStation 5 UI seems to be sleeker than ever, and with some fancy new features to help better the gaming experience.

In a new video emerging online, we can get a more in-depth look at some of the features of the PlayStation 5 User Interface. A console’s UI is one of the most important aspects to get just right, considering that it’s a part of the experience that every gamer will spend time with.

This UI is from a review unit provided by PlayStation, and it’s not guaranteed to be representative of the UI at launch. However, given that we’re only a few days away from the PS5 release date, this is probably how the console will look on day one.

What’s New in the PlayStation 5 UI?

One feature that gamers will either love or hate is auto-playing music. Each game in the main menu has its own soundtrack, which plays when hovering over a title.

This is a nice effect, but it’s sure to get old after a while. And we’d hope there’s an option to disable it for those times where you want to browse in silence.

Playing a game’s soundtrack would also interrupt any themes that the PS5 might have. Going by the PS4 theme experience, some custom appearances come with personalized tracks of their own.

A player’s game library can now be easily accessed at the far right of the dashboard. Here, the user displays their impressive library of titles.

One notable missing feature here is the PlayStation 4’s folder system, which allows gamers to keep their library organized. Players can sort their games by Most Recent, Name, or Purchased Date for the time being.

There’s also a filter in place for PS5, PS4, and PS3 titles. Some PS2 titles also make an appearance, although they are found in the PS4 category.

The PlayStation Store makes a return, with a brand-new format. Gone are the days of opening a separate application to access the shop.

Now, the PlayStation Store can be accessed right from the dashboard, headed up by a Must See category. Under that, there’s What’s Hot, Coming Soon, Featured, Expand Your Games, and See More options.

These are all under the Latest header, but Collections, Subscriptions, and Browse can all be viewed.

The PlayStation 5 Control Center is available at all times and displays the latest Cards players have discovered. The menu is only one tap of the PlayStation button away.

Players can add applications or remove them at will, leading to a more personalized menu.

This new footage perfectly complements our first official look at the PS5 UI from last month. Now that more PS5s are out there in the wild, it’s only natural that a few leaks would slip through the cracks.

Earlier this week, a PS5 leaker confirmed the console’s storage capabilities and more. Sony may not be happy with those who reveal footage early, but it’s serving to raise hype right before launch.

Need a PS5 or Xbox Series X/S console on release day? Check these out:

PS5 vs Xbox Series X/S Stock - How Many Next-Gen Consoles Have Sold?
3