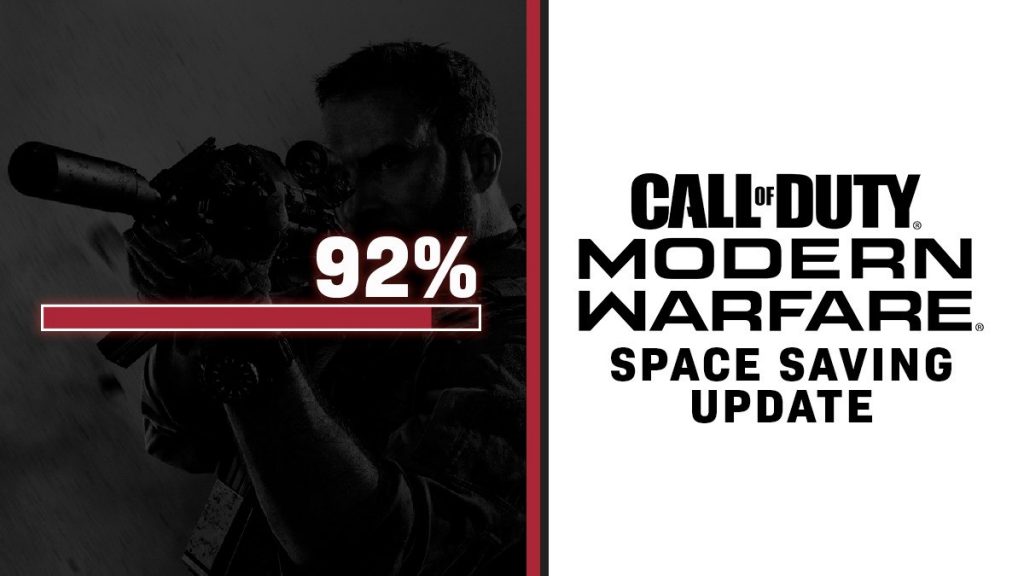 In a long-awaited update for Call of Duty: Modern Warfare, it seems that Infinity Ward is finally letting players uninstall content to save space.

One of Warzone's biggest issues is its file size. Before Infinity Ward gets around to fixing all the bugs, hacker issues, and more, the development team really needs to listen to the players.

How to uninstall Campaign, Multiplayer, or Specials Ops in MW (PC)

Before removing installed content, be sure your Call of Duty: Modern Warfare game is not running, and the game is not updating.

2. Select Call of Duty: Modern Warfare from the panel on the left.

3. Select the Options menu on the upper lefthand portion of the Battle.net Launcher.

6. Uncheck the content you wish to uninstall. (Warzone cannot be uninstalled.)

It is not possible to modify the installed content while updating. If your game is not up to date before you modify your content selection, the size estimates will not be accurate.

We're running out of space on our hard drives, and thankfully it seems like this issue will soon be a thing of the past. According to a new Tweet by Modern Warfare's Production Director, a fix is coming soon.

Right now, Modern Warfare takes up roughly 232 GB of space on a player's hard drive. This insane file size means that it's taking up almost a quarter of a 1 TB storage system.

And with a new PS5 leak revealing the console only has 625 GB of storage space, that's just too much room to be taking up.

Modern Warfare Patch 1.28 Will Save You Space

Although the upcoming update for Modern Warfare is expected to be about 10 GB itself, it seems the patch will actually save you space. Production Director Paul Haile tweeted at Call of Duty fans, explaining how:

According to the Infinity Ward employee, the update will allow players to uninstall certain options on PC. This will likely include the Spec Ops and Campaign modes that take up valuable space.

Those that prefer to keep only Modern Warfare Multiplayer or Warzone installed should now be free to do so. Hopefully, this will help free up some much-needed room.

Previously, removing the Campaign install became available to console gamers, but not all users could take advantage of this. Only those who own the digital edition of Modern Warfare on PS4 are able to save the space.

Paul Haile explains that this is because the console's requirements force all data on a disk to be installed. This obviously isn't the case on the PC, which begs the question, why has this update not been available until now?

Better late than never, we suppose, and the update is just about ready to drop. Patch 1.28 is launching at 11 PM PT tonight (2 AM ET October 14), so we'll soon find out what else is coming to the game.

Lately, Infinity Ward has been busy fixing the infinite Stim exploit that was causing havoc on Warzone. Besides that, the developer is hopefully still hard at work bringing Warzone Bounty contracts back to the battle royale.

Every Glitch in Warzone Put in Fan-Made "Ultimate Bug List"