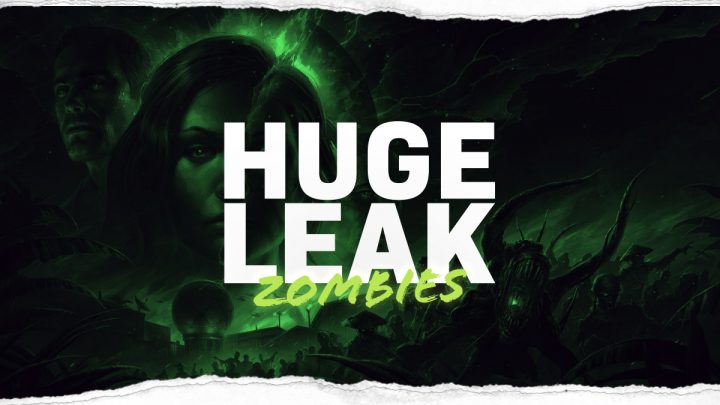 New details and leaks have emerged which show Firebase Z gameplay for Black Ops Cold War Zombies. The map is set to release on February 4th.

Treyarch is getting ready to share more details regarding the release of Firebase Z. This is the latest addition to Black Ops Cold War’s Zombies mode.

It introduces a brand new map to the popular multiplayer game mode. The new map will be set in the jungles of Vietnam and will task players with rescuing Samantha Maxis from the Omega Group.

Players will have to do this whilst surviving against hordes of zombies. New leaked gameplay images and video has emerged which show off what you can expect from the new content.

Treyarch has already been trying to remove the leaked images and videos, which does likely confirm they are real. However, we have broken down everything you need to know about the new Firebase Z gameplay leaks.

From what we can see, it appears that fans have much to be excited about. The new map gives Zombies players a brand new area to explore and survive in with friends.

The leaked images show off a familiar perk machine that Zombies fans might recognize, The Tombstone Soda. Funnily enough, some players have discovered a rare Dark Perk vending machine glitch.

The vending machine is situated in an unusual location that we have not seen before and looks strikingly convincing.

Players will have to adjust to the new map by figuring out the new location for vending machines and other items.

The new Firebase Z gameplay leaks also correlate with the latest Cold War Zombies tease from Treyarch. This teaser shows off the new characters as well as the types of zombies players will face.

The second leaked image in question shows off a familiar-looking location to fans who players the Black Ops Cold War campaign. The section of the map looks somewhat familiar to the village in the Fracture Jaw mission.

From what we can see, the map will likely be set around both a military compound and a Vietnamese village. The image gives us a first glimpse of the kind of terrain players can expect to fight in.

Players will be excited to know that there is also a video clip that shows off Firebase Z gameplay. The clip in question shows off the brand-new area for Black Ops Cold War fans.

The area is one that Zombies fans will immediately recognize. The Aether reactor from the original Die Maschine map is also present in the new Firebase Z clip.

If you want to learn more details about Cold War’s Firebase Z map, you can take a look here.

Whilst not surprising, fans can take a look at the brand-new reactor area for themselves. The new Firebase Z map will be a continuation of the Dark Aether storyline from the original Black Ops Cold War Zombies map.

Furthermore, it’s worth mentioning that you can spot a few more details in the clips. Firstly, you might notice that the map reveals the names of two in-game areas, the Data Center and the Barracks.

Although not particularly exciting, this does correlate with Treyarch’s new Firebase Z map location, so the video clip is likely real. The Data Center and Barracks are likely part of the military compound area of the map.

Interestingly, another leak has suggested even more might be in store for Black Ops Cold War Zombie’s fans. If these leaks are real, more maps could be on the way soon.

In fact, we also know about a potential Nacht Der Untoten survival map coming to Cold War. However, if this is indeed coming, we’ve seen no indication from Treyarch just yet.

Unfortunately a result of Treyarch attempting to remove the Firebase Z gameplay leaks, we can’t show you the images ourselves. However, if you are interested in viewing them you can check out the Reddit post here.

Who Are Warzone's Best Players in June 2021?
More Call of Duty