One dedicated COD Zombies player sets a new World Record for Nacht Der Untoten, reaching Round 255 after 300 hours of gameplay.

It’s been 13 years since Nacht Der Untoten launched with Call of Duty: World at War. Since then, we’ve seen our fair share of high runs in the OG Zombies map.

However, we’ve never seen anything on this scale. One Zombies streamer has set a new World Record for Nacht Der Untoten, reaching the game’s final wave at Round 255.

Playing in Zombies Chronicles in Black Ops 3, the user reaches the final wave of the game after a staggering number of in-game hours. And by doing so, they secure themselves a place in the COD Zombies hall of fame forever.

Thanks to the efforts of one truly dedicated Call of Duty Zombies player, the world record of Nacht Der Untoten now sits at the unbeatable Round 255.

For those unaware, without PC mods, the highest possible wave in Black Ops 3’s Zombies mode is Round 255. However, it’s almost impossible to get that far in-game.

Over the course of 20 days, the streamer grinded wave after wave of Nacht Der Untoten Zombies live on stream. And in 296 hours and 36 minutes, they finally completed the map officially.

Given that there’s no Pack-a-Punch in Nacht Der Untoten, the user opted for the Thundergun and the Kuda to help eliminate the undead.

It was a grueling process and one that we can’t imagine having to do for ourselves. But it’s an incredible achievement for the streamer nonetheless.

Tomphantasy was rewarded for their efforts however, with 300 gifted subs for setting the new Nacht Der Untoten World Record. We’re not sure it’s quite worth the effort but it’s a nice reward nonetheless!

In other Zombies news, we’ve got guides to all the Mauer Der Toten Easter Eggs and more! Meanwhile, it looks as though Zombies mode is returning to CoD Mobile very soon!

What’s more, could there be a standalone Call of Duty Zombies game coming soon? Reports indicate that could well be the case.

And new leaks even indicate that Vanguard will have a Zombies mode with help from Treyarch!

We’d like to hope that the developer will still have time to release one final Zombies map in Black Ops Cold War at least. However, Cold War may be the most supported Call of Duty game of all time, so there could be plenty more on the way – new leaks suggest.

Shi No Numa: Where to Find All Cypher Wheel Parts Locations
1

Shi No Numa: How to Build the Wunderwaffe Wonder Weapon for Free - All Part Locations
2 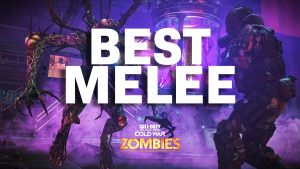 Shi No Numa: Where to Find All Cypher Wheel Parts Locations…

Shi No Numa: How to Build the Wunderwaffe Wonder Weapon for Free …