The mini-map – and lack of red dots on it – in the MW2 Beta has stirred up controversy within the Call of Duty community.

Call of Duty Modern Warfare 2 kicked off its Beta on September 16 to mixed results. While a lot of fans appreciate the new additions, there is one absent feature that many wish would return.

The mini-map in MW2 is by far one of the most controversial topics in the game right now, with opinions divided across the CoD fanbase.

If you happened to miss the first Beta and want to know what the mini-map drama is all about, don’t worry, as the MW2 Open Beta is returning at a later date.

In the recent MW2 Beta, the mini-map did not show enemy placements when they fired an unsuppressed weapon, as it did in previous CoD Games.

This mini-map function has been a staple of the Call of Duty franchise since the original Modern Warfare. Since then, it has offered players a helpful perspective on the map, as well as enemy positions.

What Was Infinity Ward’s Response to the MW2 Mini-Map Issue?

Infinity Ward, the developers behind Modern Warfare 2 have stressed that this feature was removed on purpose to ensure no player was punished for firing a weapon.

The developer made this claim in a blog post updating fans. However, Infinity Ward also mentioned they are actively looking for feedback on the issue.

“The design reason for this is that we do not want to punish players for firing their weapons. We also want players to actively search out the origin of a gunshot versus just traveling directly to where the dot is on the mini-map.”

However, while some fans are upset at this change, there are plenty of others that welcome it.

Why the CoD Community Likes the New Mini-Map in MW2

There are two reasons why people in the Call of Duty community are enjoying the changes to the mini-map in MW2:

Using the Compass Instead of the Mini-Map to Locate Enemies

The compass is a HUD feature that sits at the top of your screen and indicates where enemies are whenever they fire. In Modern Warfare (2019), red dots for enemy locations would only appear on the compass and not on the mini-map.

This compass system has made a return in the MW2 Beta, with red dots for locations of firing enemies only appearing on the compass. Like a lot of the initial reaction to Modern Warfare 2, feelings about the compass are mixed.

In theory, it removes the need for a mini-map as it offers mostly the same information. Although, it is not quite as precise as it just gives a direction instead of an exact location.

Because of this, many MW2 fans have claimed that red dots on the mini-map is no longer necessary and that players should just utilize the compass instead.

People who have been playing Call of Duty games in Hardcore mode don’t really care that the mini-map no longer displays enemies when they fire, as this mode removes this HUD element.

The Hardcore mode in Call of Duty removes HUD elements like the mini-map, reduces your health, enables friendly fire, and more, allowing for a more realistic experience.

Hardcore players will still be able to see the mini-map when a UAV is active, but it is otherwise absent from their Heads-up Display.

Why the CoD Community Hates the New Mini-Map in MW2

There are a couple of major reasons why Call of Duty Modern Warfare 2 fans are disappointed in the changes made to the mini-map:

It Is Harder to Find Enemy Locations

While fans of the new mini-map style have claimed the compass is just as effective, many disagree. In previous CoD games, the red dots on the mini-map would helpfully indicate exact enemy positions.

It not only meant that you could identify which building, street, or rooftop the enemy was shooting from, but it also ensured that every firefight was a risk.

This further incentivized players to constantly move and reposition. While it didn’t negate camping completely, it did allow for more varied gameplay.

However, the compass does not allow for any of this, and fans of the original mini-map format find it practically useless.

Players Have to Rely on Footsteps

One of the biggest changes to MW2 is the increased reliance on footsteps as an indication of where a player is. It is similar to how Fortnite utilizes movement as a form of player awareness.

However, many have criticized this as being both non-inclusive and promoting a lack of movement. First and foremost, this almost entirely excludes the deaf community from properly enjoying MW2.

It also ensures that players won’t move around the map in fear of being caught. Sitting in one place and picking off other players becomes a far more viable tactic.

Unfortunately, the mini-map is just one of many issues with the MW2 Beta, as players have identified several other problems regarding its gameplay.

However, for those who want to see what all the fuss is for themselves, then you should probably learn which are the best guns and loadouts in the MW2 Beta.

Best MW2 CDL Moshpit Loadouts You Need To Be Using 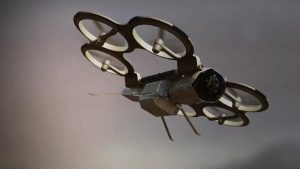 MW2 Burger King Skin - How to Unlock, Availability (Including US …
Recommended