Want to know everything coming in MW2 Season 1 update? Here’s a full breakdown of what’s to come in the title’s first major expansion:

Modern Warfare 2 is currently in its pre-season, a 20-day period that allows players to get their hands on the game and prepare themselves for Season 1.

On Wednesday, November 16, MW2 Season 01 will officially kick off, bringing a significant content drop to the new release. We’ve compiled everything Activision has told us is coming into one handy breakdown:

Plus, don’t miss MW2 Season 1’s release time and how to pre-load on all platforms here!

Everything Coming in Modern Warfare Season 01

First, and perhaps most obviously, Modern Warfare will be getting 4 new guns in its Season 1 update. And as usual, two of them will be free unlocks in the Season 1 Battle Pass.

MW2 Season 1 will also bring a ‘returning fan-favorite multiplayer map’ to the game, which has now been confirmed to be Shoot House!

Fans of smaller, more hectic maps will be pleased to see its return, and it has also been confirmed that Shipment will be our Season 1 Reloaded map addition.

Since several classic maps appear in Al Mazrah, the new Warzone 2 map, we expected the new map to be one of the following:

However, it’s entirely possible that Activision could be saving the biggest favorites for its leaked Paid DLC MW2 map pack.

We also hope that Valderas Museum, the map that was present in the MW2 Beta but absent from launch, will make a triumphant return in Season 1. But there’s been no word from Activision regarding that possibility as of yet.

Hardcore modes (AKA Tier 1) will be arriving in MW2 Season 1, much to the delight of its passionate fan base.

A lot of players were very unhappy to see the more punishing mode unavailable on launch day, after all.

In addition CDL Moshpit, a playlist containing competitive maps, modes and rulesets will be going live. This will give fans a chance to practice before Ranked Mode debuts in an upcoming season.

Activision is also finally dropping the Combat Record in MW2 this season, allowing players to finally check their in-game stats. That said, the publisher’s wording seems to imply that the feature won’t be present on the update’s release date.

Raids won’t be available at the start of Season 1 but will instead drop alongside the game’s mid-season update. These 3-player cooperative missions will feature additional story content that follows on from the events of the MW2 Campaign.

Be sure to level up your Spec Ops kits effectively as you’ll be using them to take on these challenging experiences.

Speaking of Spec Ops, it’s been confirmed that we’re getting a brand-new Spec Ops mission in Season 1 that has players assaulting the enemy ‘on land and in the air’.

Of course, the new season means we’ll be getting our very first Battle Pass for MW2 dropping too. And the system looks rather different in Modern Warfare 2.

Instead of grinding your way through 100 tiers, MW2 players will now have more choices to determine their rewards than ever before.

These Tokens can be used to either unlock adjacent Sectors or claim rewards within an unlocked Sector. Therefore players can make the choice between unlocking the Battle Pass weapons, new Operator Skins, or whatever else they have their eye on!

Vault Edition owners will get access to the Battle Pass for free, as well as 50 free tier skips to help them complete it fast. But one of the new PlayStation exclusive MW2 benefits means that PS4/PS5 users will get their hands on an additional 5 tier skips.

Also coming alongside Season 1 will be several new Operators, usable in both Modern Warfare 2 and Warzone 2.0.

Recently, Activision confirmed the release date of soccer players Messi, Pogba, and Neymar Jr in MW2. And it’s not just these football icons that are coming to the game.

Zeus (Zosar Kalu), a member of the Nigerian Army Special Forces Battalion, will be automatically unlocked by purchasing the Season 01 Battle Pass.

Klaus Fisker, a legend of the Denmark Elite Special Forces known for having natural night vision is mysteriously redacted from his own reveal image. The upcoming Operator will drop in a paid bundle in the mid-season update.

And finally Gaz, Price’s right-hand man and a member of Task Force 141 will also be arriving in Season 1. The upcoming Operator will drop in a paid bundle in the mid-season update.

Players will be tasked with infiltrating Al Mazrah, completing missions around the map, and successfully extracting without losing everything they gather.

Recently a number of high-profile content creators got the chance to check out DMZ for themselves and see what the game has to offer.

As it turns out, DMZ is a lot more straightforward than we expected, with players able to roam the Warzone 2.0 map, battle AI, and complete a set of objectives. When it’s time to extract, players must get to the extract choppers carefully or risk dying and losing everything they’ve worked for.

Check out our first ever look at DMZ, courtesy of streamer DrLupo, below:

While not technically Modern Warfare 2 content, Warzone 2.0 is also coming alongside the Season 01 update. This will be a brand-new Battle Royale experience, containing only MW2 content, as well as some rather controversial new mechanics.

Here’s everything you need to know about Warzone 2, including how to pre-load and more!

And we’ve got a selection of new guides to help you get to grips with the new Battle Royale experience: 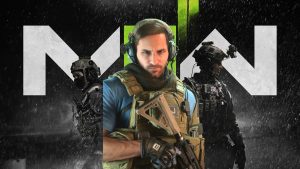