Modern Warfare: How to Unlock the CX-9 & Sykov Early 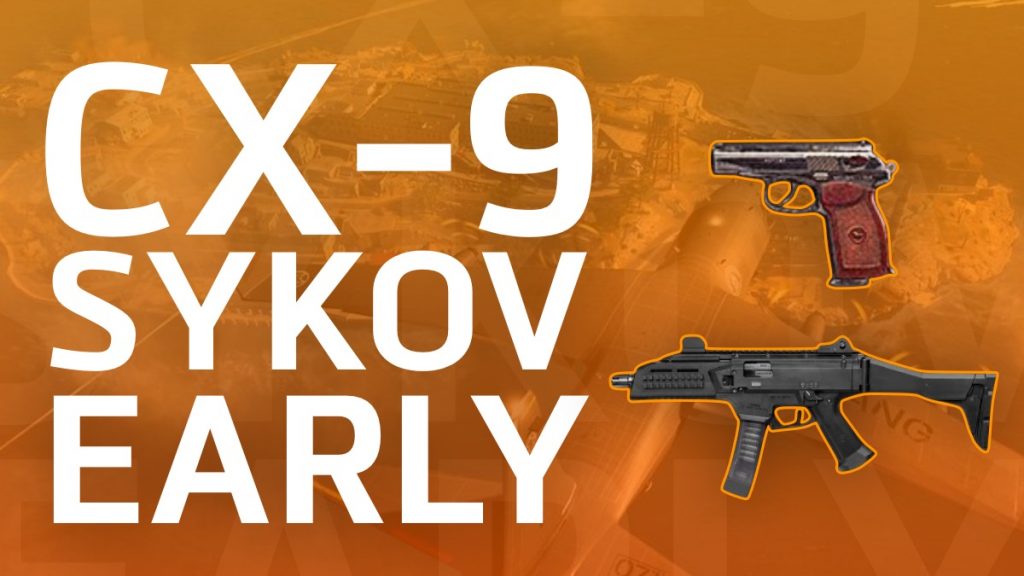 There's new content coming to Modern Warfare, and players can actually try it out already. Here's how to unlock the CX-9 and Sykov in Modern Warfare early, and play with them today.

Of course, this is nothing new for Call of Duty fans. Each game, no matter how well it's received, only tends to have a one-year lifespan.

Still, this is serving to make Modern Warfare fans angry at Cold War. Thankfully, some additional content is coming to the 2019 game, to help satiate those agitated players.

In the past, a Modern Warfare leak revealed two new guns are coming to the game. On top of this, Soap MacTavish will arrive in Modern Warfare and Warzone as a new Operator.

We're not exactly sure when these new releases are set to drop, but the weapons are already in the game's files. What's more, players can actually access them early, if they know how to unlock them.

How to Unlock the CX-9 in Modern Warfare

The CX-9 is a gun that looks and acts very similar to the Skorpion SMG. This submachine gun has a fast rate of fire and should prove very popular when players find its best loadouts.

To unlock the CX-9 in Modern Warfare, players must get 2 longshot kills using SMGs in 5 different Multiplayer matches.

Once complete, Modern Warfare fans can try out the CX-9 for themselves - however, there's a catch.

The CX-9 is only useable in Survival mode at present, and cannot be taken into Multiplayer or Warzone until the update officially drops. Still, players can get a feel for the upcoming gun and be well-prepared for when it officially releases.

How to Unlock the Sykov in Modern Warfare

The Sykov, also known to many gamers as the Makarov, is the newest pistol to come to Modern Warfare. The Makarov pistol actually leaked for Modern Warfare early last month, meaning that this new weapon is long overdue.

To unlock the Sykov in Modern Warfare, simply get 4 kills with Pistols in 5 Multiplayer matches.

Again, once complete, the Sykov will appear in Survival mode's Buy Stations. However, players expect this early release to get a patch in the coming days.

Eager fans should check out this new feature quickly, to avoid disappointment. For all we know, these could be some of the best guns in Warzone upon release.

However, when it comes to the best guns in Cold War Multiplayer, that's a different story entirely. With more content dropping in the Black Ops Cold War mid-season update, there's more to enjoy than ever for Call of Duty fans.

However, it looks like Activision won't be making that Warzone snow map after all.